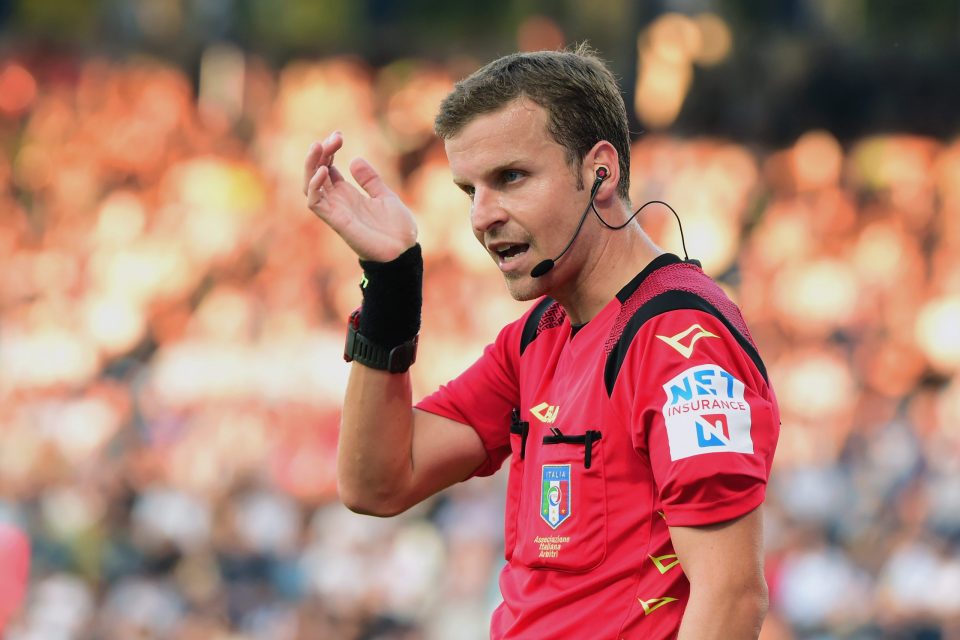 Federico La Penna will be the referee for Inter’s Serie A match at Fiorentina tomorrow evening.

Antonio Conte’s side are hoping to overtake league leaders AC Milan, albeit only temporarily, at the Stadio Artemio Franchi with a first away win of 2021.

La Penna, 37, who has refereed in Serie A since 2013, will be assisted by Fabiano Preti and Mauro Galetto while the fourth official for the match will be Fabrizio Pasqua.

Paolo Silvio Mazzoleni will be in charge of VAR in Florence, where he will be assisted by Mauro Vivenzi.

Tomorrow’s match will be the second time La Penna referees a match involving Inter this season, having overseen the Nerazzurri’s 4-2 win over Torino in November, while it will be the third time he takes charge of the Viola.

Inter have won both of their previous encounters with Fiorentina this season, most recently prevailing 2-1 after extra-time in the Coppa Italia last 16 on January 13.