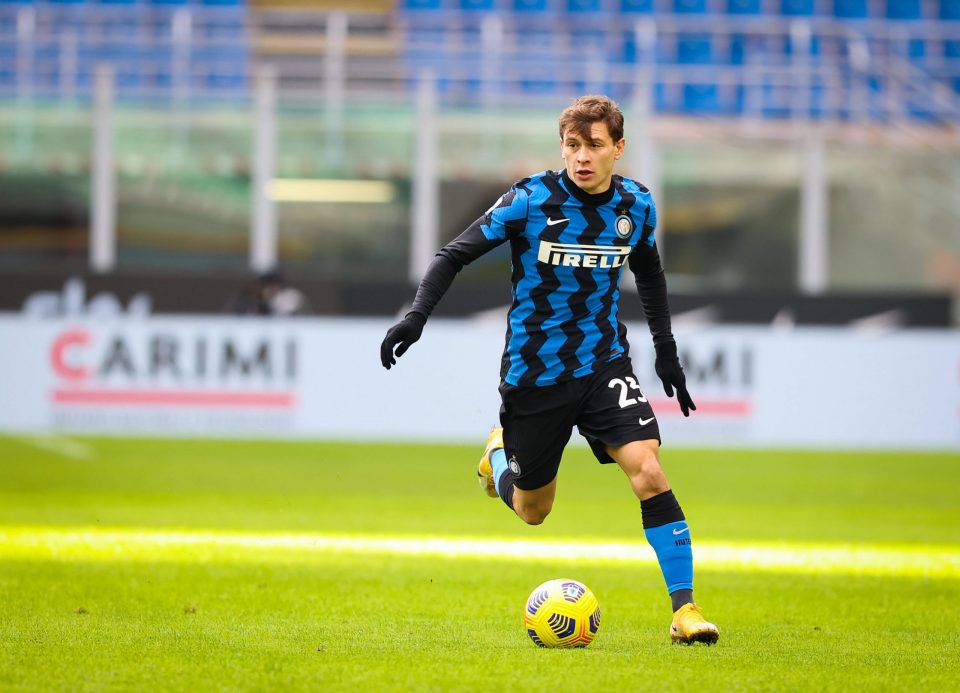 Nicolo Barella is gaining a reputation as one of Europe’s most promising midfielders, according to former Juventus and Italy player Claudio Marchisio.

Barella has been in inspired form this season for Inter, his second with the club, earning himself rave reviews in the Italian media for his all-round performances under Antonio Conte.

He is expected to start again for the Nerazzurri this evening when they visit Fiorentina for matchday 21 of their Serie A campaign.

“Barella is establishing himself this season as one of the best midfielders around, not just in Italy,” Marchisio remarked during an interview with TuttoMercatoWeb.

“His performances are good news for Italy coach Roberto Mancini.”

Barella, who is under contract with Inter until 2024, has made 29 appearances across all competitions this season, in which he has scored two goals and provided 10 assists.

He also boasts 18 caps for Italy, having made his debut in a friendly match against Ukraine in October 2018.

A report in the Spanish media on Thursday linked the 23-year-old with a summer move to Real Madrid, who are seeking a long-term replacement for Luka Modric.