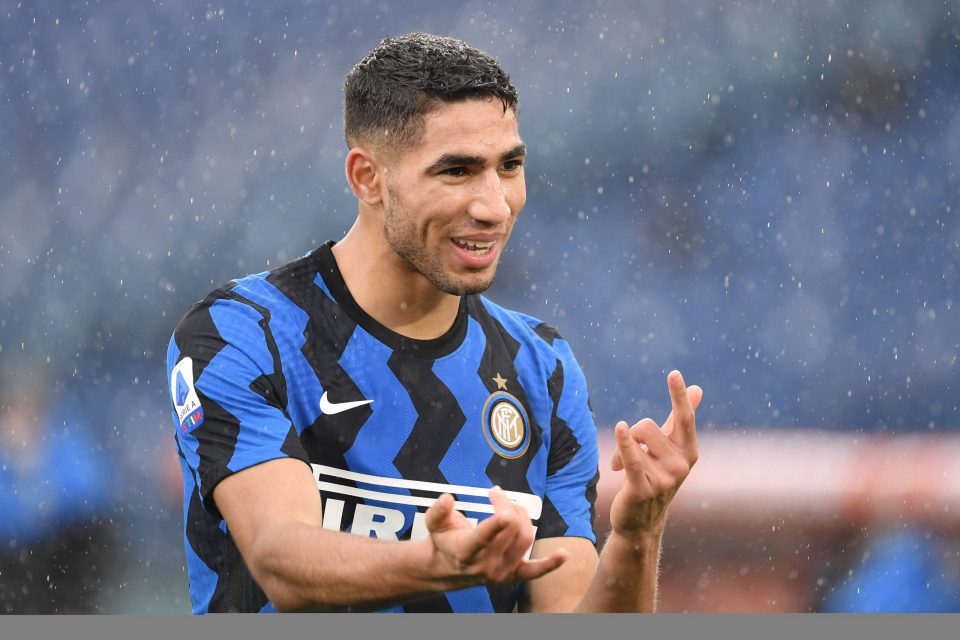 Inter wing-back Achraf Hakimi has taken to Instagram to celebrate the Nerazzurri club’s win over Fiorentina.

Cristian Stellini coached Inter in the absence of the suspended Antonio Conte and led Inter to a second consecutive league win against the Viola.

Hakimi grabbed the assist for Inter’s second goal in their 2-0 win against Cesare Prandelli’s side, which was scored by Ivan Perisic.

This season the Moroccan international has six goals and five assists.