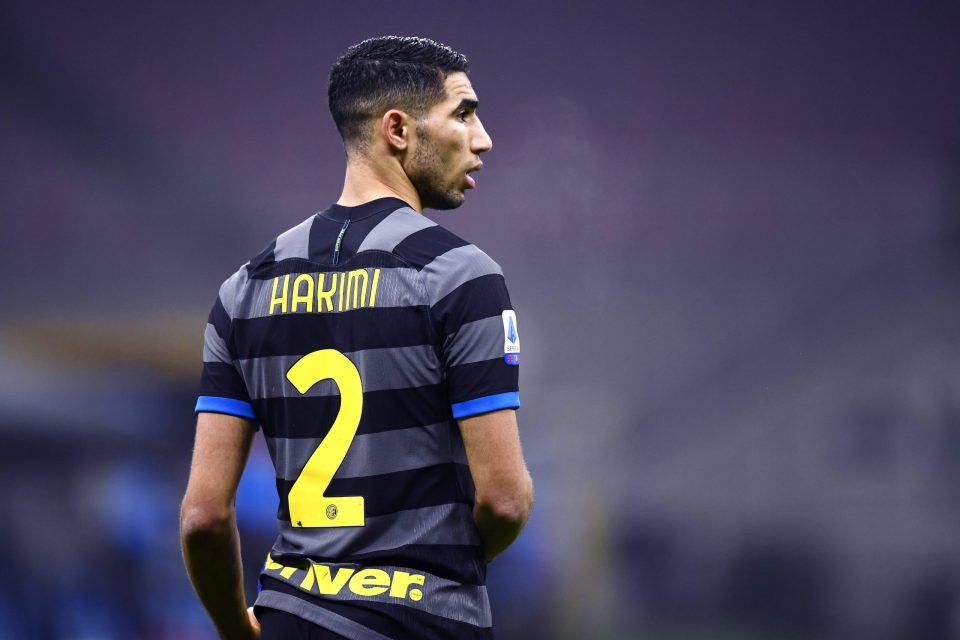 Inter wing-back Achraf Hakimi is the only defender to have been involved in the scoring of 10 goals in Europe’s top five leagues this season, Opta have highlighted.

The Moroccan international, who joined the club from Real Madrid last summer in a €40 million deal, provided the assist for the Nerazzurri’s second goal in their 2-0 win over Fiorentina on Friday night.

This season the former Borussia Dortmund loanee has scored six goals and provided his teammates with four assists.

Hakim proved his worth to Antonio Conte’s side once again with a fine performance at the Stadio Artemio Franchi.

10 – Achraf #Hakimi is the only defender to have been involved in 10 goals in the Top-5 European Leagues this season: 6 goals + 4 assists. Bullet.#FiorentinaInter #SerieA pic.twitter.com/HJsuV3a85e