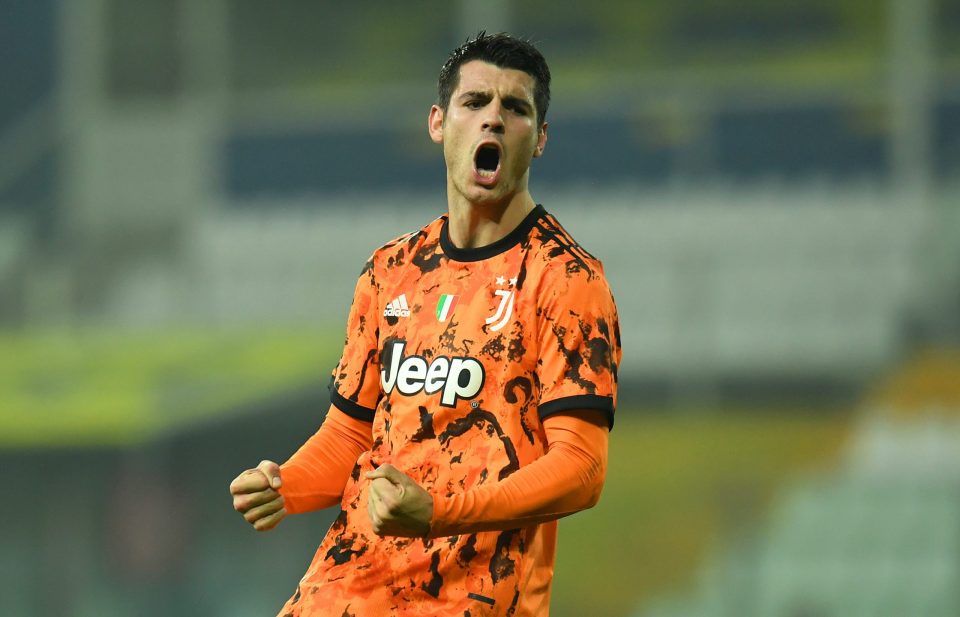 Juventus could be forced to do without two key players for tomorrow’s Coppa Italia semi-final second leg at home to Inter, according to an Italian media report.

As per Tuttosport, Alvaro Morata and Arthur are both suffering from gastroenteritis and might not be fit to face the Nerazzurri at the Allianz Stadium.

Morata has been a key player for Andrea Pirlo’s side this season, scoring 13 goals and providing 10 assists in all competition, while Arthur has become a similarly important figure in midfield over recent weeks.

Juve will monitor the conditions of their two players carefully but the pair face a race against time to be involved in what will be the third Derby d’Italia of the season.

Antonio Conte’s side are required to overturn a 2-1 deficit in Turin after losing the first leg at San Siro last week, thanks to an individual error from Ashley Young and a mix-up between Samir Handanovic and Alessandro Bastoni.

Inter themselves are guaranteed to be without Alexis Sanchez and Arturo Vidal against the Bianconeri, after the pair both picked up one-match suspensions with yellow cards last Tuesday.