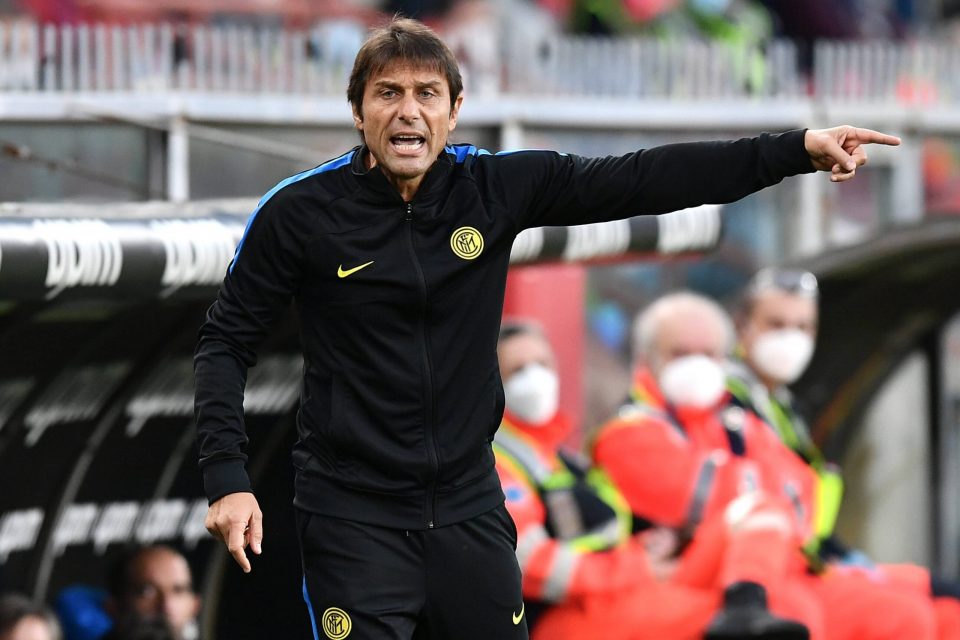 Inter must avoid defeat against Lazio on Sunday to avoid letting the Biancocelesti back into the Serie A title race, a leading Italian journalist argued today.

The Nerazzurri host Simone Inzaghi’s side at San Siro in the first of two games which will have a huge bearing on Inter’s league campaign, with the derby against AC Milan following seven days later.

Lazio are seven points behind Inter as things stand following a run of six straight wins.

In a column for Monday’s print edition of Italian newspaper La Repubblica, Paolo Condo wrote: “Inter’s match with Lazio on Sunday will be very interesting because Inzaghi has the chance to get back into the title race.

“For Antonio Conte, meanwhile, this will be the last week in which he has two games to prepare, after which he will only play one game a week.

“This is the ideal scenario for the way he works, as he has already shown during his spells at Juventus and Chelsea.”

Inter picked up a 1-1 draw when they visited Lazio at the Stadio Olimpico on matchday 3 of this season.

Lautaro Martinez gave the Nerazzurri a first-half lead on October 4 before Sergej Milinkovic-Savic equalised for the home side.

Ciro Immobile and Stefano Sensi were both sent off late in the game for separate incidents.