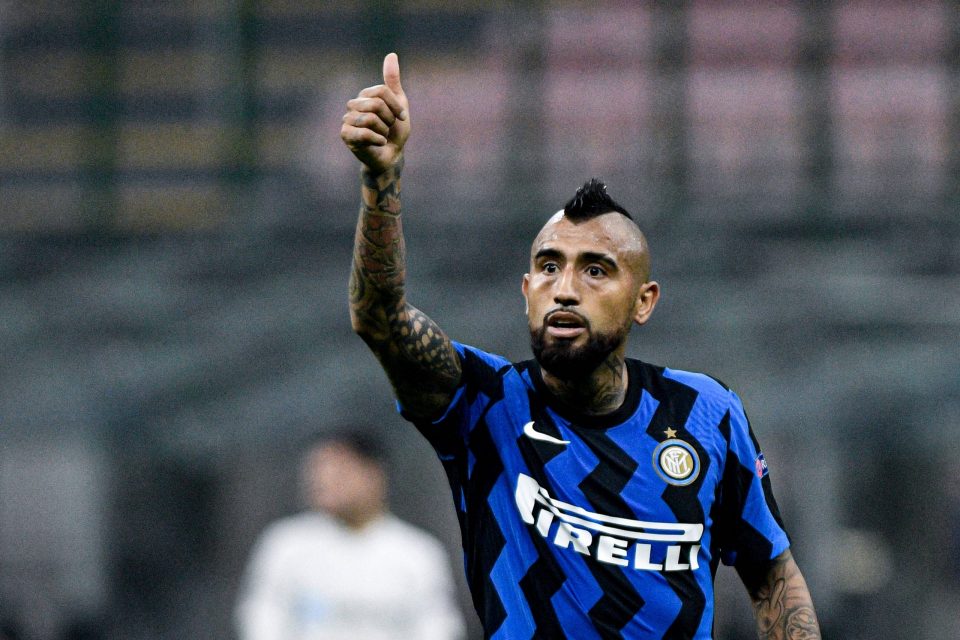 Inter are not concerned by the knee injury Arturo Vidal sustained during Friday’s win at Fiorentina, according to an Italian media report today.

Vidal started the Nerazzurri’s 2-0 victory over the Viola but was substituted at half-time after picking up a knock.

As per Corriere dello Sport’s print edition, tests ruled out any sort of injury on Saturday and Vidal should be able to make a return to full training with the rest of Inter’s first team on Wednesday.

The Chilean international, who joined the club this past summer from Barcelona, will be available for Sunday’s big match in Serie A at home to Lazio, although the report said Antonio Conte would not take any risks with his fitness ahead of the Milan derby on February 21.

Vidal, who will miss tomorrow’s Coppa Italia semi-final second leg against Juventus due to suspension, has scored two goals and contributed two assists in 26 appearances for Inter this season.