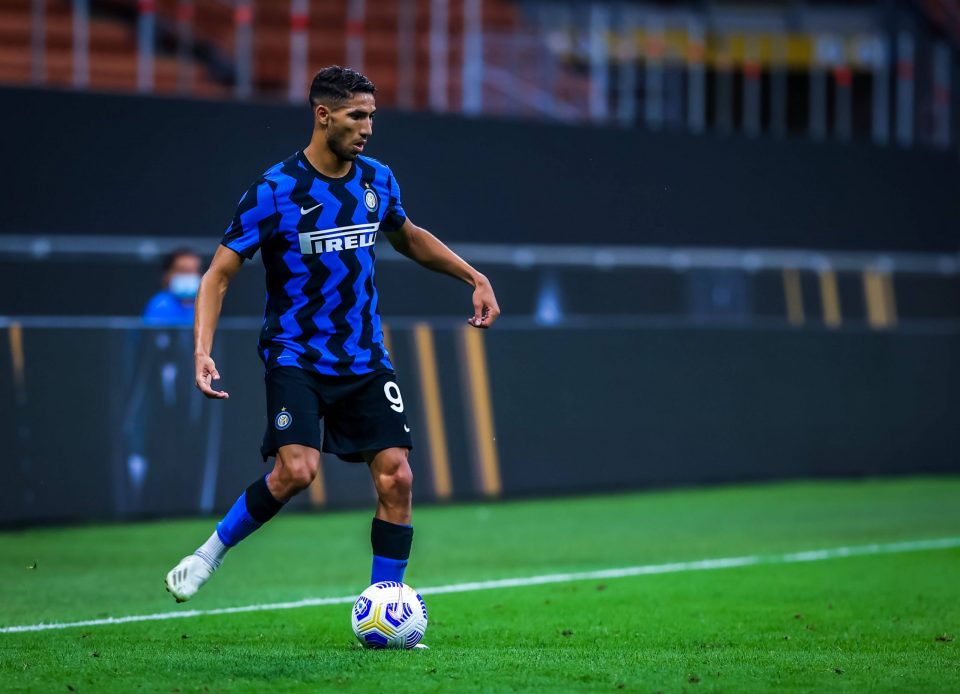 Inter will need Achraf Hakimi at his best tonight if they wish to knock Juventus out of the Coppa Italia, a report in Italy argued today.

Hakimi missed last week’s first leg at San Siro through suspension and wants to play a role in overturning the Nerazzurri’s 2-1 deficit in Turin.

Corriere dello Sport’s print edition said the battle on the wings between Hakimi and Juan Cuadrado would be pivotal to outcome of tonight’s semi-final second leg.

This will be the first time the pair have faced each other in the Derby d’Italia, with Cuadrado missing last month fixture in the league after he tested positive for COVID-19.

The Rome-based publication described the Morocco and Colombia internationals as ‘two arrows’ who were ‘much more than just full-backs’ for Antonio Conte and Andrea Pirlo.

Hakimi, the report highlighted, is younger and faster than Cuadrado, as well as being more prolific with six goals in all competitions for Inter this season.

However, the 22-year-old is said to have less experience of playing decisive matches than his counterpart.

Both players are fundamental to how their teams attack and it remains to be seen whose impact will be more influential at the Allianz Stadium this evening.