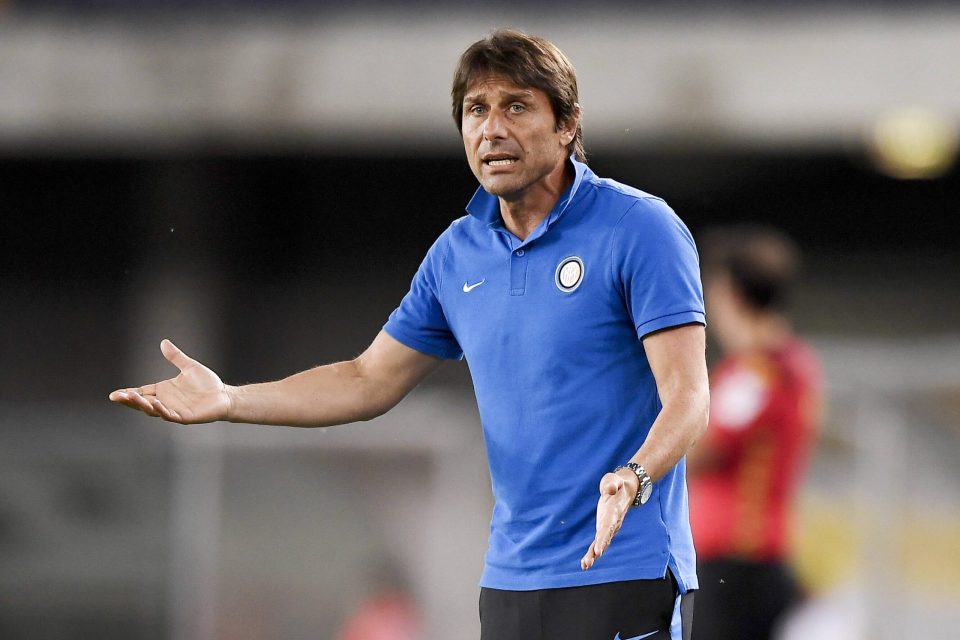 Antonio Conte is in a precarious position at Inter now after the Nerazzurri were knocked out of the Coppa Italia by Juventus, according to his former teammate Alessandro Del Piero.

Inter created chances to score at the Allianz Stadium but were held to a goalless draw in Tuesday’s semi-final second leg, securing a 2-1 aggregate victory for the Bianconeri.

Their previous elimination from the Champions League means Conte’s side now only have Serie A to focus on between now and the end of the season.

“Antonio’s situation is delicate, he only has one competition to fight for now,” Del Piero told Italian broadcaster Sky Sport Italia after the full-time whistle.

“The Inter bench has a lot of depth, I think he has the men available to him to face all competitions but now Conte will have to be careful because he only has the league.”

Del Piero also reflected on the game itself between the two great rivals, who have met three times this season across all competitions.

“Juve had little possession and in the second half of the first half they were literally pressed in by Inter and couldn’t get out.

“Today Cristiano Ronaldo leaves the pitch feeling disappointed, he is very demanding and overall his performance was not enough to score.

“Inter, for most of the game, kept the ball under their control.

“Christian Eriksen had the ball a lot and did well with it.”

Del Piero, who spent several years with Juventus, then went on to point out an area where Inter need to improve.

“Inter failed to score when it was needed and they had very few clear chances.

“This is where Inter must improve.

“Conte certainly has plans B, C and more.”

Inter return to league action on Sunday when they welcome in-form Lazio to San Siro.

Conte’s side are only two points behind leaders AC Milan and still have every chance of securing a first league title since 2010.