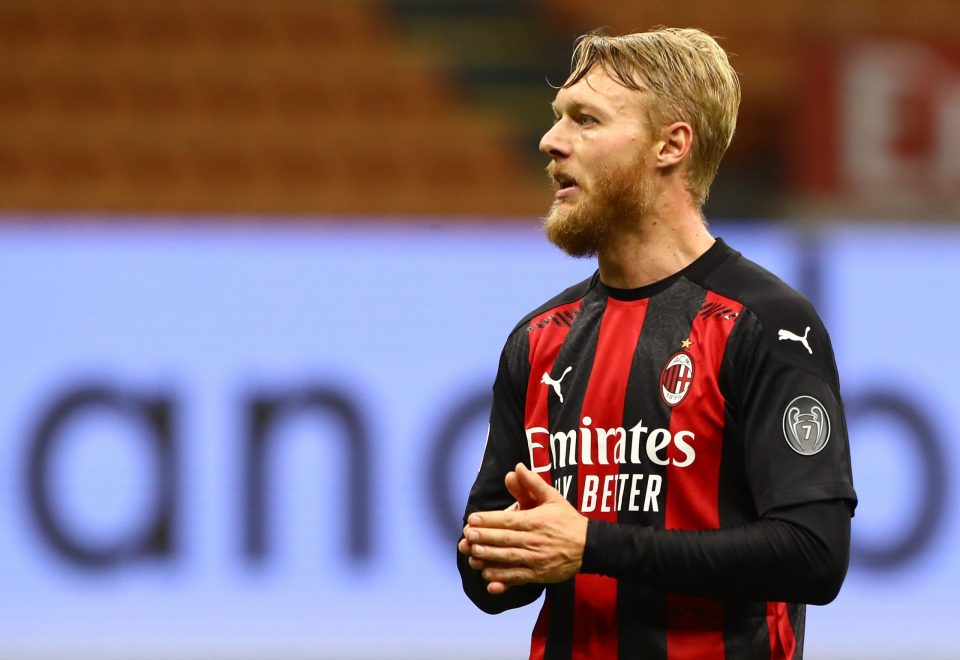 AC Milan defender Simon Kjaer could very easily have joined neighbours Inter at the start of his career, at least according to Palermo’s former director of football Rino Foschi.

The Denmark international has become a key figure for Stefano Pioli’s side as they battle the Nerazzurri for this season’s Serie A title.

Kjaer first came to Italy when Palermo signed him from FC Midtjylland in the summer of 2008, but as per Foschi, who has held several roles at  in various spells at the club, he nearly ended up signing for Inter instead.

“With the reports of my scouts in my hands, I went to pick him up at his house,” Foschi, who has not worked in football since leaving the sporting director’s position at Palermo in 2019, explained, as quoted by FCInter1908.it.

“There were other teams interested in him, so I personally went to Denmark.

“I spent two days negotiating with the Midtjylland presidents.

“Inter were also after him, so it was a deal that was done quickly.”

Kjaer, who has represented Denmark over 100 times, would spend two years with the Rosanero before moving on to Wolfsburg in the Bundesliga.

Since then he has represented a whole array of clubs including Lille and Fenerbahce and he currently lines up for Inter’s city rivals AC Milan.

The 31-year-old has made 23 appearances across all competitions for the Rossoneri this season, who currently lead the way in Serie A after 21 games played this season.