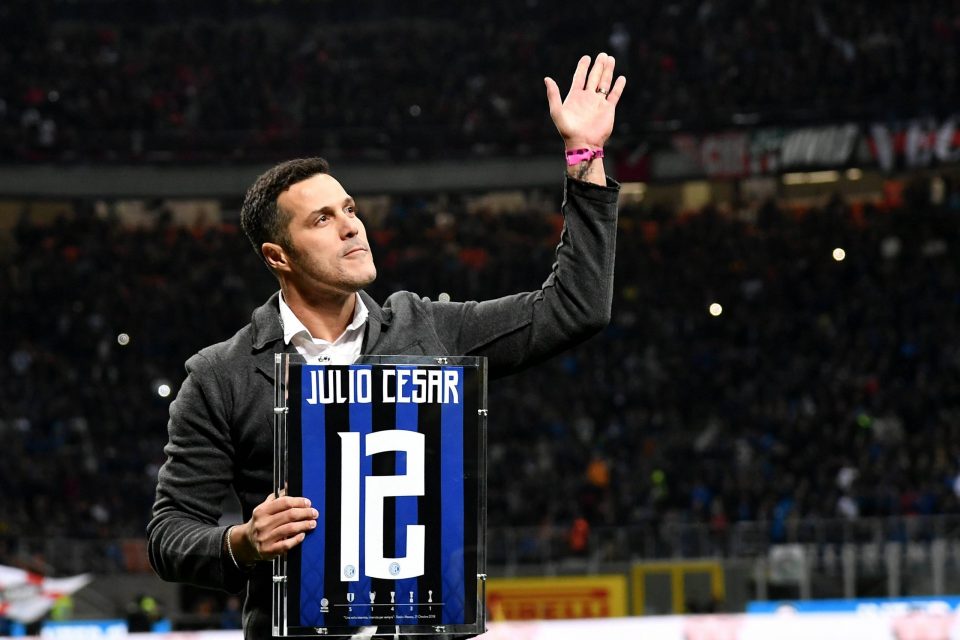 Jose Mourinho once told Julio Cesar he wouldn’t even be good enough to play in Italy’s second tier, the former goalkeeper has revealed.

Mourinho, who is well known for his ability to motivate players, gave the Brazilian shot-stopper some tough love in a bid to rescue Cesar’s poor form during Inter’s treble-winning campaign.

Cesar admitted the man-management tactic did not have the desired effect, albeit things turned out well in the end as Nerazzurri fans all recall.

“My relationship with Mourinho was like a father and son during the 2008-09 season,” the former Brazil international explained in an interview with The Players Tribune.

“The following year it got more, well… let’s just say it got more complex.

“Come spring 2010 we were fighting for the league title, the Coppa Italia and the Champions League, the treble.

“I was playing terribly.

“My confidence was gone.

“One day, as I was warming up before training, Mourinho walked over to me and said, with a voice as cold as ice: ‘Look, you have gone from being the world’s best keeper to a Serie C level keeper.’

“That was his way of encouraging me, you know?

“The idea was that I’d be provoked to do better and with most of our players it would have worked.

“That team was so successful because Mourinho treated us in a direct and transparent way.

“No matter who you were he would criticise you in front of the group but the thing is, not everyone reacts well to this kind of leadership.

“I lost my confidence after that comment, I became even more insecure on the pitch.

“The good thing with Mourinho though was that if you felt like you were being treated unfairly, you could talk to him about it.

“We had a long chat in that spring following his comments and we cleared up everything.

“Before that moment I was insecure and sad, afterwards I returned to my previous levels of form.”

Cesar joined Inter in 2005 from Chievo Verona and enjoyed a hugely successful spell with the Nerazzurri.

In 2012, Cesar moved to Premier League club Queens Park Rangers after Inter asked him to take a wage cut, as he explained in another part of his interview.

Cesar also recalled an amusing anecdote about Mourinho when he tried to stop Inter’s players from celebrating their Serie A title win in 2009.