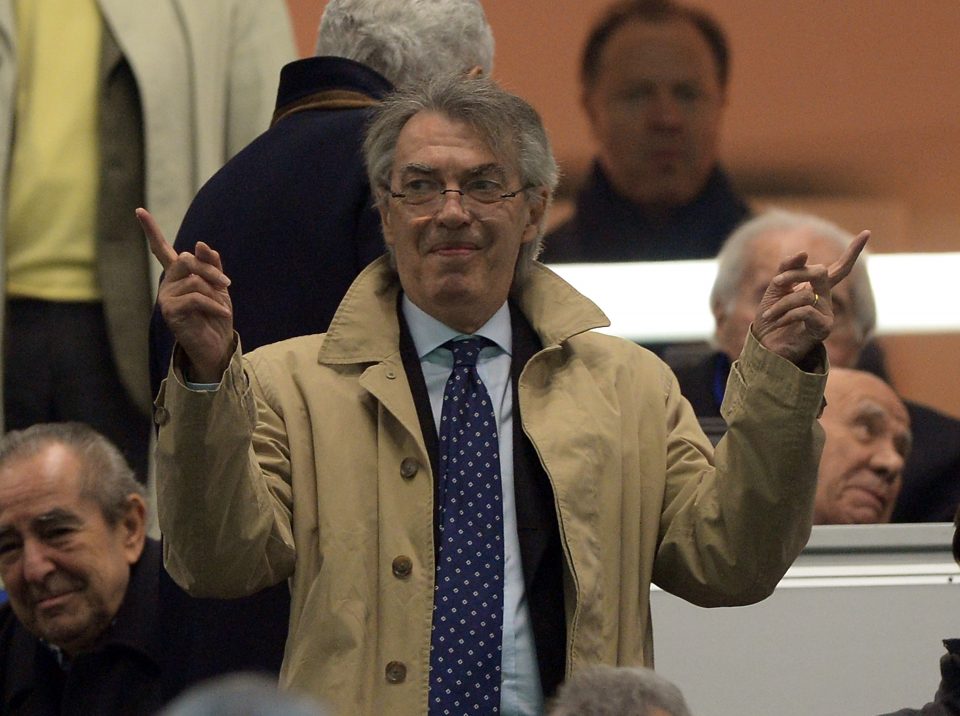 Massimo Moratti has leapt to the defence of Inter’s owners Suning as the Nerazzurri battle their worsening financial problems.

Suning are seeking partners to guarantee the club’s long-term economic stability, with some reports suggesting they need an urgent capital injection worth around €200 million.

BC Partners are still in talks to secure a majority stake at Inter, but Suning also have reported interest from groups such as EQT, Mubadala, Fortress and Arctos Sports Partners among others.

“Inter’s ownership situation is being determined by the Chinese economy,” Moratti told RadioSei today, as quoted by FcInterNews.it.

“The laws there can change from one day to the next and local businessmen have found themselves in trouble.

“I have a lot of respect for Suning, who are seeking intelligent solutions to move the team forward, but there’s no intention of mine to get involved.”

Inter have a huge game in their bid to win the Serie A title on Sunday with Antonio Conte’s side due to welcome in-form Lazio to San Siro.

Moratti backed his former club to stay in the hunt for the Scudetto right until the end, before reminiscing on some of his memories from fixtures against the Biancocelesti.

“I think this Inter team can win the title, Conte’s work is oriented towards that objective,” he argued.

“If he manages to isolate the players from all the off-field matters then Inter could do it.”

“Inter-Lazio makes me think of important games, there were loads of beautiful matches, although the mind inevitably goes to that day on May 5.

“I was very envious of Lazio’s former owner Sergio Cragnotti when he signed Paul Gascoigne, I was crazy about him.”

“These things happen, you need to consider with this one the fact that there were no fans,” he added, implying it wouldn’t even have been picked up had the Allianz Stadium been full.

Inter are two points behind AC Milan heading into matchday 22, although that gap could be extended to five before kick-off with the Rossoneri visiting Spezia tomorrow.