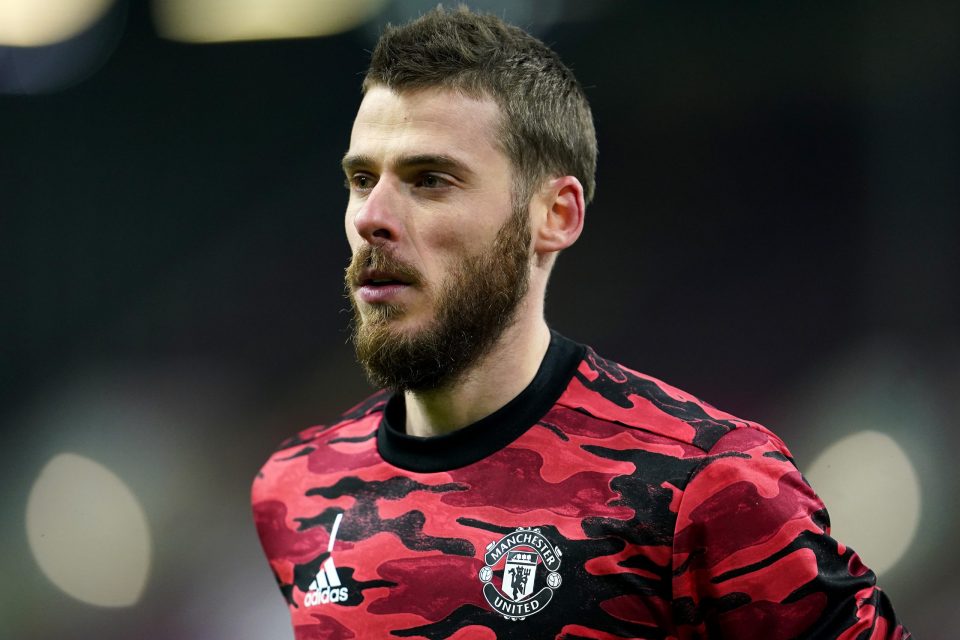 Inter are one of four clubs with an interest in signing Manchester United goalkeeper David De Gea, according to a Spanish media report today.

Todofichajes.com claim that given his inconsistent performances, United consider it a good time to part ways with the former Atletico Madrid goalkeeper and would be willing to let De Gea go for €25 million in the summer transfer window.

In addition to Inter, the report claims that Juventus, Paris Saint-Germain and Monaco all also have the Spanish international on their radar.

De Gea has been the Red Devils’ number one since the summer of 2011 and with the highly promising Dean Henderson pushing for the starting jersey, United are tempted to put De Gea up for sale.

The 30-year-old, who is under contract with the Premier League side through to the end of the 2022-23 season, has made 27 appearances across all competitions to date this term, in which he has kept nine clean sheets.