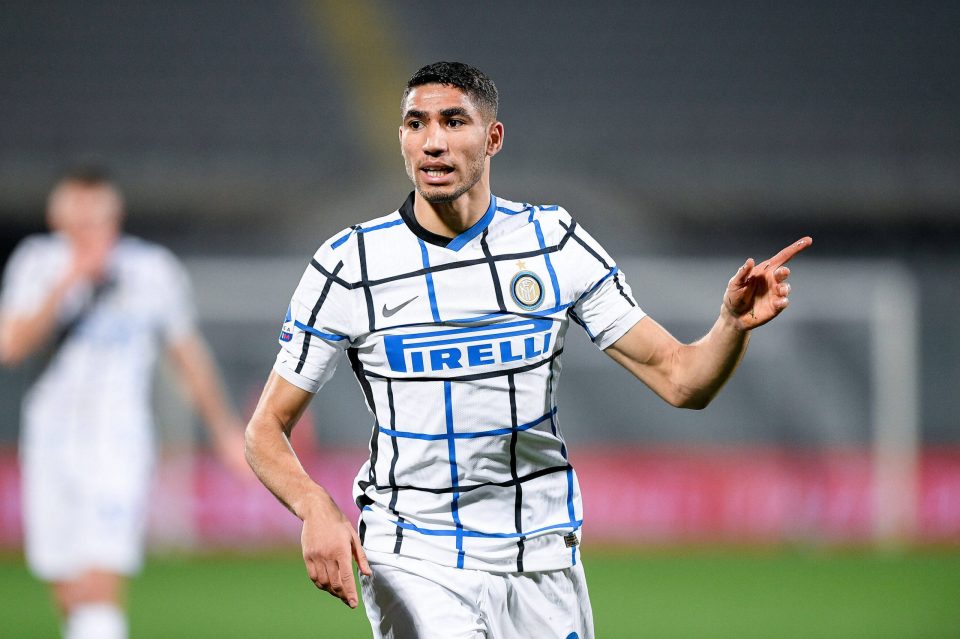 Real Madrid are eager to re-sign Achraf Hakimi from Inter, according to a report in the Spanish media today.

As per El Chiringuito, via CalcioMercato.com, Los Blancos want to find a replacement for Dani Carvajal, who is out of contract with the club at the end of next season.

Real Madrid only sold Hakimi to the Nerazzurri this past summer in a deal worth €45 million including add-ons, and based on this report it would appear they are regretting the decision to let the highly-rated Moroccan go.

Hakimi has been excellent for Antonio Conte’s side this season, scoring six goals and providing as many assists for his teammates in 30 appearances across all competitions.

The 22-year-old has also recently been linked with potential moves to Premier League duo Chelsea and Arsenal.