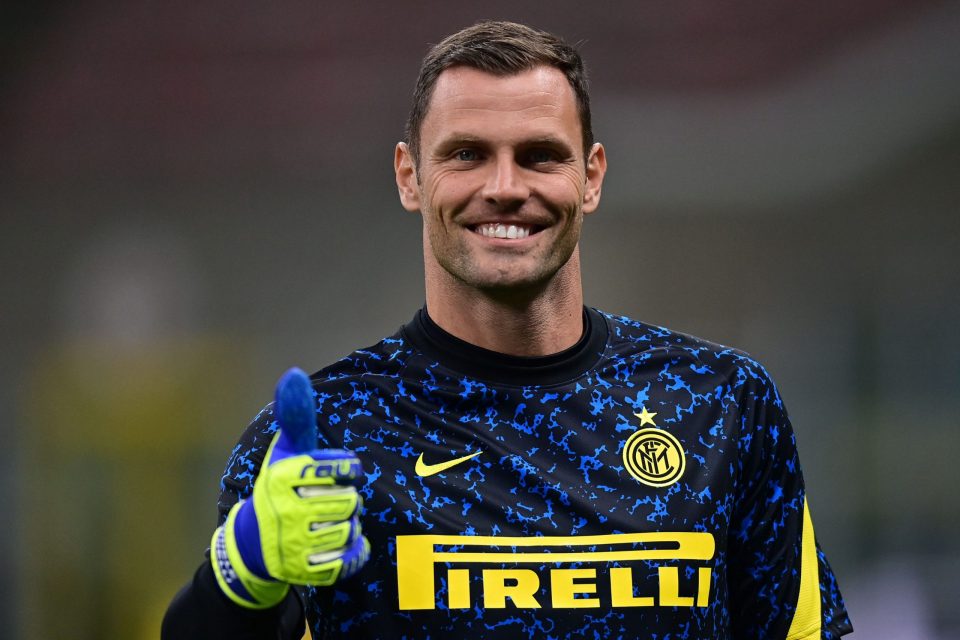 Andrea Ranocchia and Daniele Padelli have begun preparing for life after retirement by signing up to a UEFA coaching course.

The Inter duo will study at the Italian Football Federation’s headquarters in Coverciano to earn a UEFA B Licence, having enrolled on the ‘Special Combined Licenses C and D’ scheme, as reported by FcInterNews.it.

The licence allows holders to become head coach for amateur clubs and youth teams aged 16 and below, as well as becoming an assistant coach for professional clubs.

Padelli and Ranocchia are due to begin their lessons on Tuesday and will be joined on the course by several other players, including Genoa pair Domenico Criscito and Valon Behrami.

Sassuolo defender Federico Peluso and Crotone midfielder Luca Cigarini will also take part in the course, along with the recently retired Fabrizio Cacciatore.

Padelli and Ranocchia are not the only players at Inter planning for later life, with Romelu Lukaku having also studied coaching badges alongside several of his Belgium teammates.

Both Italians are out of contract with Inter at the end of this season and there is currently no indication of either being offered a new deal.

A report from Gazzetta dello Sport last week suggested the Nerazzurri would let Ranocchia decide his own future, having served the club so professionally over the last nine years.