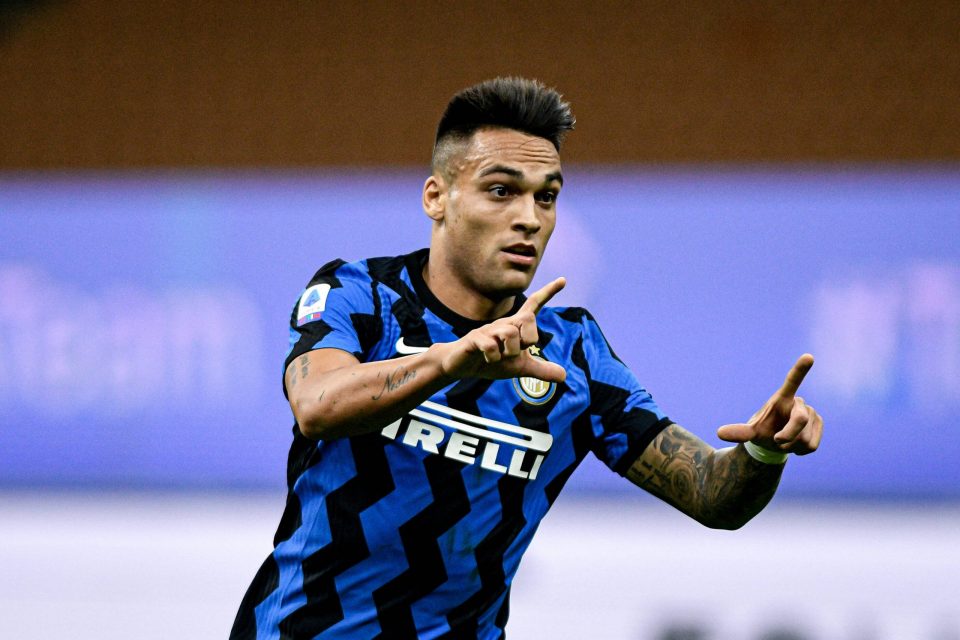 Inter striker Lautaro Martinez was delighted to play a pivotal role in the Nerazzurri’s heavy 3-0 victory over AC Milan in the Derby della Madonnina today.

The Argentina international hit a brace, before Romelu Lukaku added a third, as a rampant Inter thrashed their city rivals at the Stadio Giuseppe Meazza and moved four points clear of them at the top of the table.

With Inter taking control in the Scudetto race, Martinez felt that the Biscione had got their tactics right to exploit Milan.

“We knew they are a great team and we have already faced them twice this season, but we looked for spaces and ways in which we could hurt them and are happy to have done so,” the 23-year-old told the club’s television channel, InterTV after the final whistle.

“Now we are four points ahead of them and everyone else. I’m feeling well and always wanting to give more and my best. I’m very happy with how things are going at this moment.”

Martinez’s brace takes him to 13 Serie A goals for the season, as the former Racing Club finds himself just one strike off equalling his record tally since joining Inter in 2018.

Inter now look to consolidate their lead at the top of the table when they welcome Genoa to the Stadio Giuseppe Meazza next weekend.