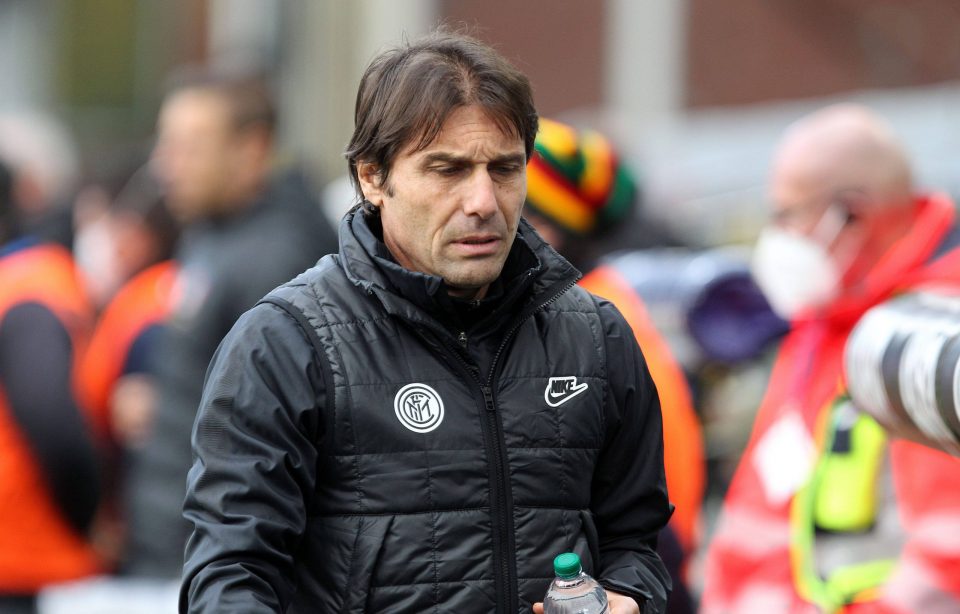 Inter are a much more peaceful club since coach Antonio Conte stopped complaining in public, at least according to former Nerazzurri defender Francesco Colonnese.

In his first season in charge last year, Conte had several public outbursts which cast serious doubt over his future as coach of the club but this season the former Italy coach has been a changed man and Inter are benefitting from it.

They went four points clear at the top of Serie A yesterday after crushing AC Milan 3-0 in the Derby della Madonnina.

“Conte has stopped complaining and criticising everything and everyone, making the environment more calm, and the results have arrived,” Colonnese explained in an interview with Italian radio station Radio 24.

“I don’t know if Antonio will remain on the bench next year, much will also depend on Inter’s result at the end of the season.”

The former Napoli player also touched upon Sunday’s derby and sang the praises of goal-scorers Romelu Lukaku and Lautaro Martinez, who have combined for 38 goals in all competitions this season.

“In Italy we are only talking about Lukaku, but Lautaro is also very strong.

“He is a very valuable striker.”

Colonnese, who played for Inter between 1997 and 2000 then spoke on which current Inter player he sees himself most in.

“I see myself in Milan Skriniar, who, along with Cristian Romero of Atalanta, is among the best defenders in Serie A.”

During his stint with the club, Colonnese made 80 appearances across all competitions, in which he scored two goals.

He also won the UEFA Cup, which has since been rebranded as the UEFA Europa League.