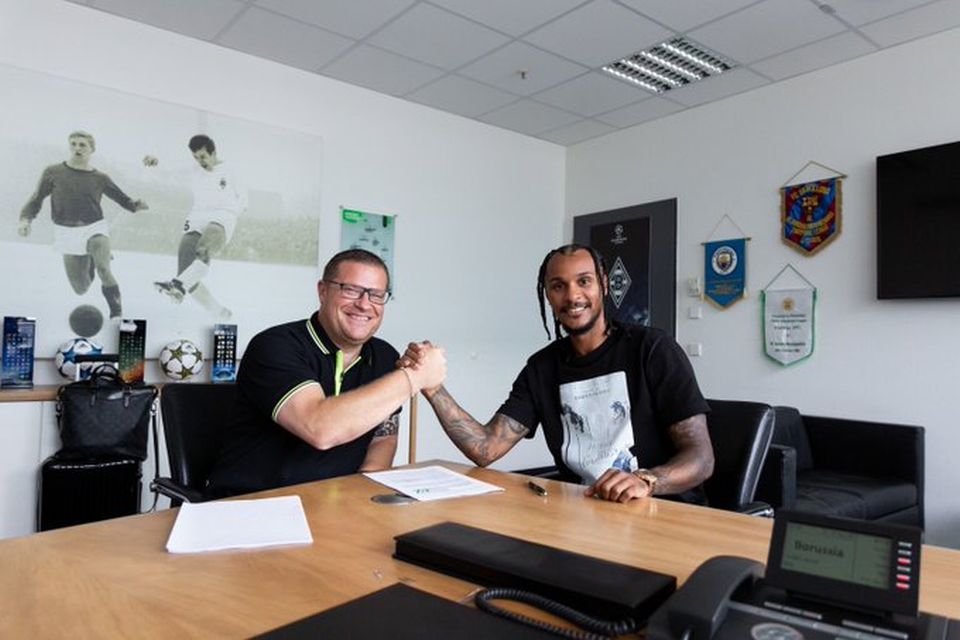 Borussia Monchengladbach do not have an option to buy Valentino Lazaro outright from Inter, the Bundesliga club’s sporting director Max Eberl has confirmed today.

Lazaro joined Die Fohlen on a season-long loan from the Nerazzurri and many reports at the time stated that Gladbach had an option to sign the Austrian international on a permanent basis.

However, in an interview with German media outlet BILD, Eberl has dismissed the presence of a purchase option and confirmed the details of the loan agreement they have with Inter.

“It’s a straight loan deal,” Eberl explained, before going on to share his delight about having Lazaro in the team.

“We are happy that Lazaro is here, even if the two injuries have slowed down his involvement in the team.

“With him we will evaluate what will be possible when planning the team for next season.”

The 24-year-old, who joined Inter from Hertha Berlin in 2019, has played 14 times during his loan spell with Marco Rose’s side this season.

Injury has stopped Lazaro from making any more appearances but in his 744 minutes on the field, he has scored one goal and provided a single assist for his teammates.

He featured against Inter in the Champions League earlier this season, when Gladbach finished second in the group ahead of Antonio Conte’s side.