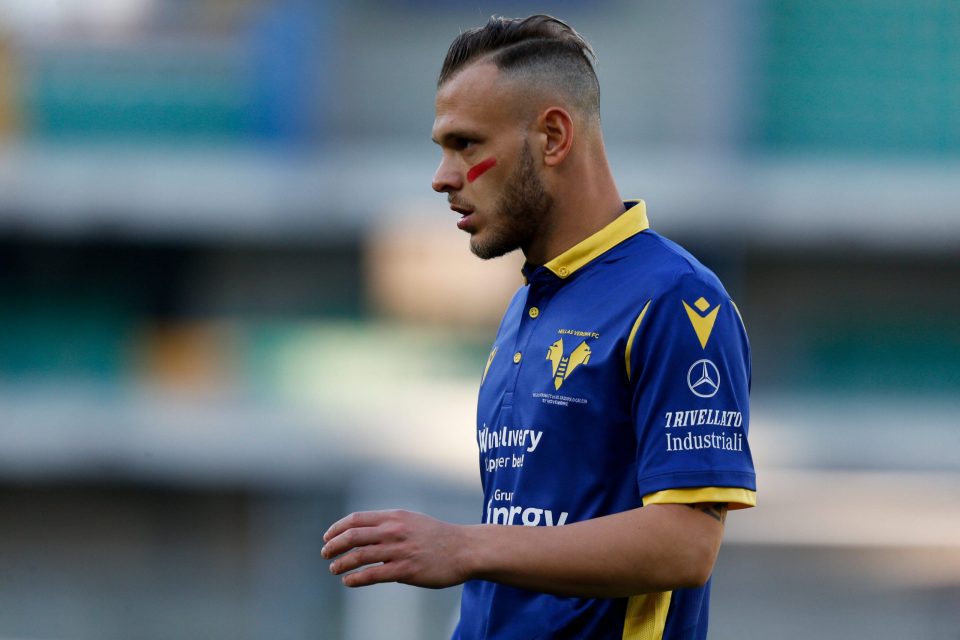 Federico Dimarco has earned the chance to play for Inter’s first team next season, according to a former teammate.

The 23-year-old has established himself as one of Serie A’s most promising young full-backs while on loan at Hellas Verona this season.

Inter were thought to possess a buy-back option for Dimarco in the summer, but a report in Gazzetta dello Sport this morning claimed no such agreement was in place.

In any case, Robert Acquafresca, who played alongside Dimarco for Swiss side FC Sion during the 2017-18 season, has told FcInter1908.it: “He has earned the opportunity to go to Inter.

“Federico is an intelligent guy, he’s young and he has everything on his side.

“He has great quality and technique, in particular a great left foot, and now he’s even scoring a few goals as well.

“If he went to Inter he’d then have to work hard to stay there but I have no doubt he could do it.”

Dimarco has made 23 appearances in all competitions for Hellas Verona this season, scoring three goals and providing five assists.

He made three substitute appearances under Antonio Conte for Inter last year, before joining Ivan Juric’s side for the remainder of the 2019-20 campaign.

Prior to that, he played nine times for FC Sion where he was coached by the Nerazzurri’s former defender Paolo Tramezzani.