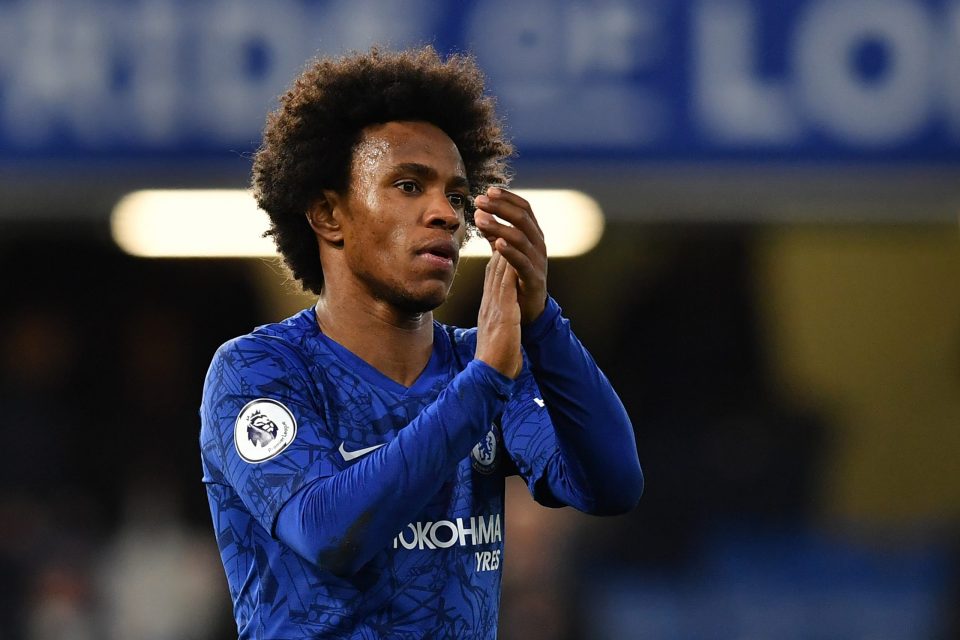 Inter coach Antonio Conte has been accused of being unable to manage a group of players effectively, despite his ability as a tactician, by Arsenal winger Willian.

Brazil international Willian worked under Conte at Chelsea from 2016 to 2018, as they lifted the Premier League and the FA Cup at Stamford Bridge.

However, the former Shakhtar Donetsk midfielder was scathing of Conte’s management of the squad, suggesting that it led to personal issues with a number of players within the team.

“Conte is a great coach with different ideas and works a lot on tactics and building the defence,” Willian claimed in an interview with Brazilian news outlet UOL Esporte.

“I think there is nothing wrong with the way he works on the pitch. He works hard and is a great coach. The problem lies in his team management, that is why he ended up having so many problems with different players, myself included.

“I think he couldn’t understand that he had so many different players from different countries and backgrounds, and players who were considered important figures at the club.

“He lacked that kind of understanding, but despite this we managed to become champions, the team was very fit and our style of play took opponents by surprise.”

Following Conte’s departure from West London in 2018, he was replaced at the helm by fellow Italian Maurizio Sarri and Willian went on to compare the two coaches.

“Sarri, on the other hand, is a coach who also works a lot on tactics, but focuses on set pieces and attacking movement. It was a different style of play to Conte. With Sarri we controlled the game much more, whilst with Conte we focused on counter attacks,” the 32-year-old concluded.

Willian spent seven years at Chelsea after joining from Russian club Anzhi Makachkala in 2013, before eventually moving across London to Arsenal last summer on a free transfer.