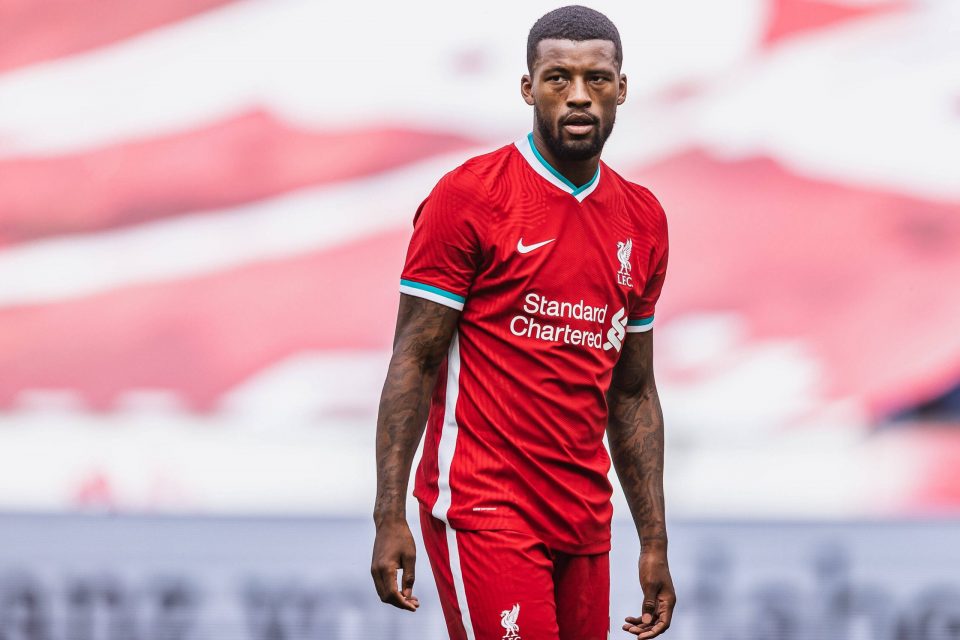 Inter have begun working on plans for the summer transfer window, with Liverpool midfielder Georginio Wijnaldum high on their list of targets.

Sitting top of Serie A and challenging for a first Scudetto since 2010, the Nerazzurri have already begun to turn their attention to next season, with Calciomercato.com suggesting that an approach will be made for Netherlands international Wijnaldum.

Inter coach Antonio Conte is keen to bring in a new central midfielder to challenge Marcelo Brozovic and with Wijnaldum out of contract at the end of the season, director Beppe Marotta considers him a viable option for a club looking to cut costs.

Elsewhere, AZ Alkmaar midfielder Teun Koopmeiners has been shortlisted as a potential target, with the Dutchman’s agent confirming interest from Inter last week, whilst the Nerazzurri are also keeping tabs on Lyon’s Bruno Guimaraes.

Any movement in the transfer window is likely to depend on Inter’s ownership situation, with incumbents Suning looking to avoid hefty transfer fees amidst increasing financial pressure.