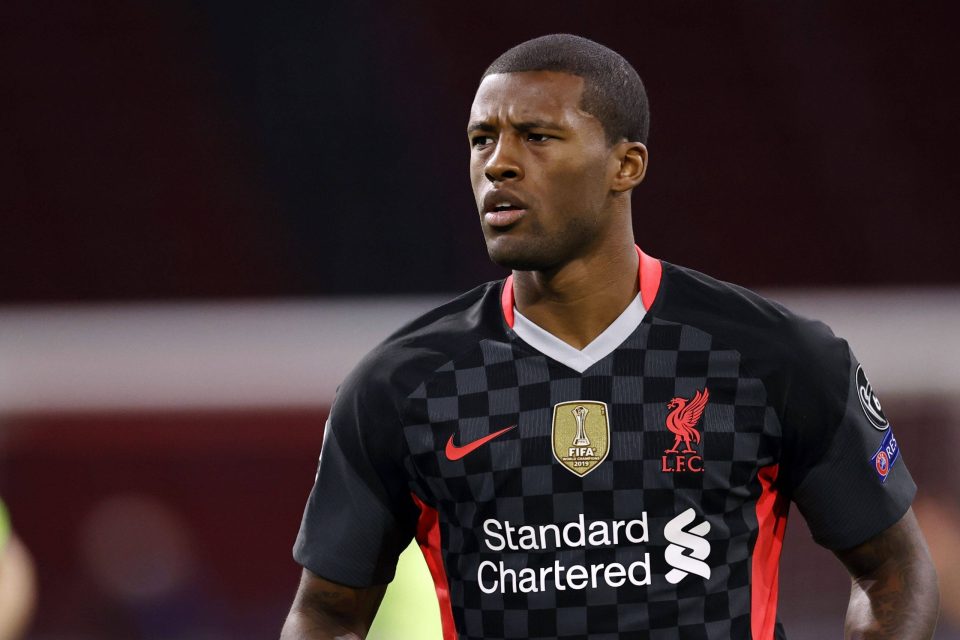 Inter have begun planning for the summer transfer window and have Liverpool midfielder Georginio Wijnaldum high on their list of targets.

The Nerazzurri are currently top of Serie A and are aiming for a first Scudetto since 2010, but behind the scenes focus has already turned to recruitment for next season.

As reported in today’s newspaper edition of Tuttosport, Inter’s financial situation will see them target out of contract players such as Wijnaldum, who has drawn interest from Paris Saint-Germain and Barcelona, as well as Napoli centre-back Nikola Maksimovic.

Elsewhere, defenders Shkodran Mustafi and Aissa Mandi, of Arsenal and Real Betis respectively, are being considered, as is Granada goalkeeper Rui Silva.

In addition to free agents, Inter will also battle Juventus for the signing of Udinese midfielder Rodrigo De Paul and the Argentine’s compatriot and Zebrette teammate, goalkeeper Juan Musso.

The Nerazzurri have long been tracking De Paul and hope to reach an agreement for his signature, although other clubs are expected to enter the race over the coming months.

Meanwhile, Inter will also focus on tying down some of their own players, with striker Lautaro Martinez and defenders Stefan De Vrij, Alessandro Bastoni and Danilo D’Ambrosio all thought to be close to agreeing new contracts.