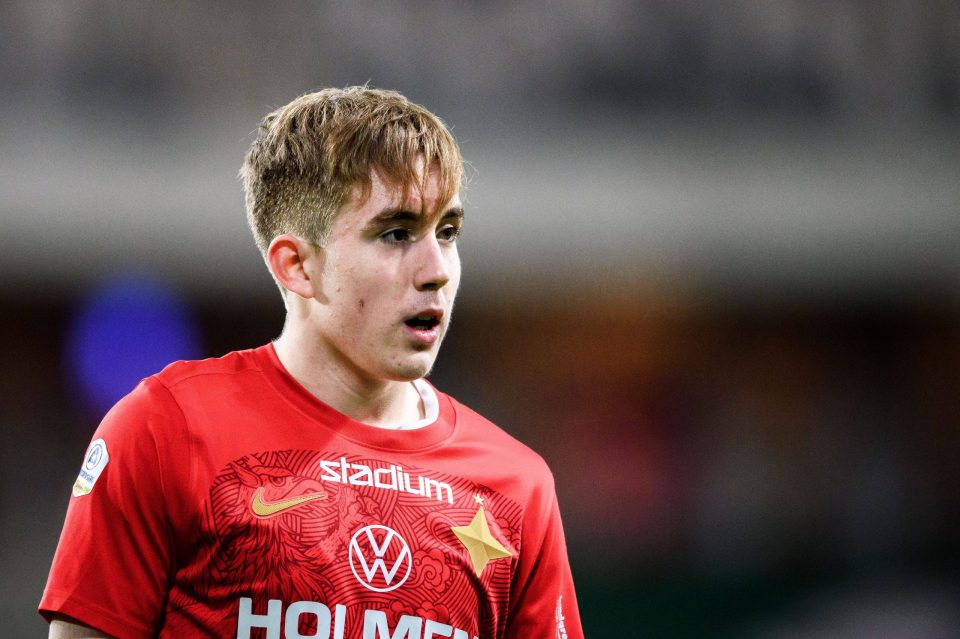 Inter are one of three European giants monitoring the progress of Iceland’s teen sensation Isak Bergmann Johannesson, according to an Italian media report today.

FCInter1908.it said the Nerazzurri had already sent their scouts to watch the central midfielder in action during some games this season, with Johannesson playing for Swedish top-flight club IFK Norrkoping.

Juventus and Manchester United are also keen on the 17-year-old’s signature, creating the potential for a bidding war in the coming months.

Johannesson, who was born in England, has already made his debut for Iceland’s senior team, making a substitute appearance during their UEFA Nations League defeat to Gareth Southgate’s side in November last year.

The midfielder can also play on both wings and is under contract with IFK Norrkoping through to the end of the 2022-23 season.

The report did not offer an indication on how much the Allsvenskan side could demand for Johannesson, who is the son of former Wolves & Real Betis player Joey Gudjónsson.

Johannesson, who started out at ÍA Akranes, has made a single appearance for his club side so far this season.