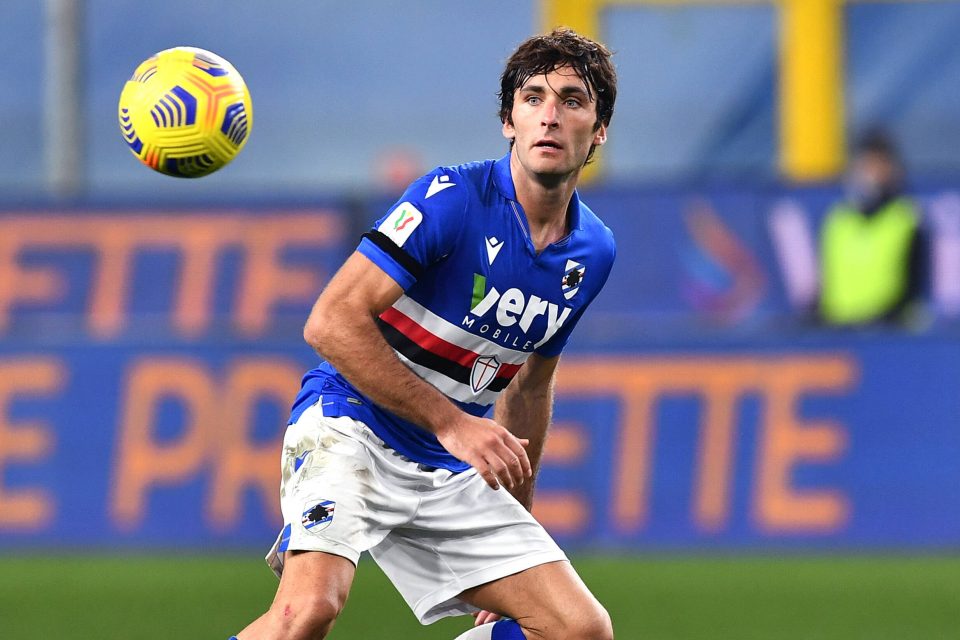 Inter have identified Sampdoria’s Tommaso Augello as a potential left wing-back signing in the summer, according to an Italian media report today.

As per FCInterNews.it, the Nerazzurri’s scouts are at work to find players who could replace Ashley Young, with the Englishman’s contract due to expire at the end of this season.

Spezia’s Simone Bastoni is already on the list, as reported by the same source last month, and now Augello is on the club’s radar too.

The 26-year-old has a low salary and is hardly a player that would cost much, and the good relations between Inter and Sampdoria could help facilitate any deal.

Inter will need to be creative with their transfer business this summer due to the club’s well-documented financial problems.

The Nerazzurri are not the only ones with scouts keeping an eye on Augello, with his performances for Claudio Ranieri’s side having also caught the eyes of the Italian national team scouts.

Augello has made 26 appearances in all competitions this season, scoring once and providing two assists.