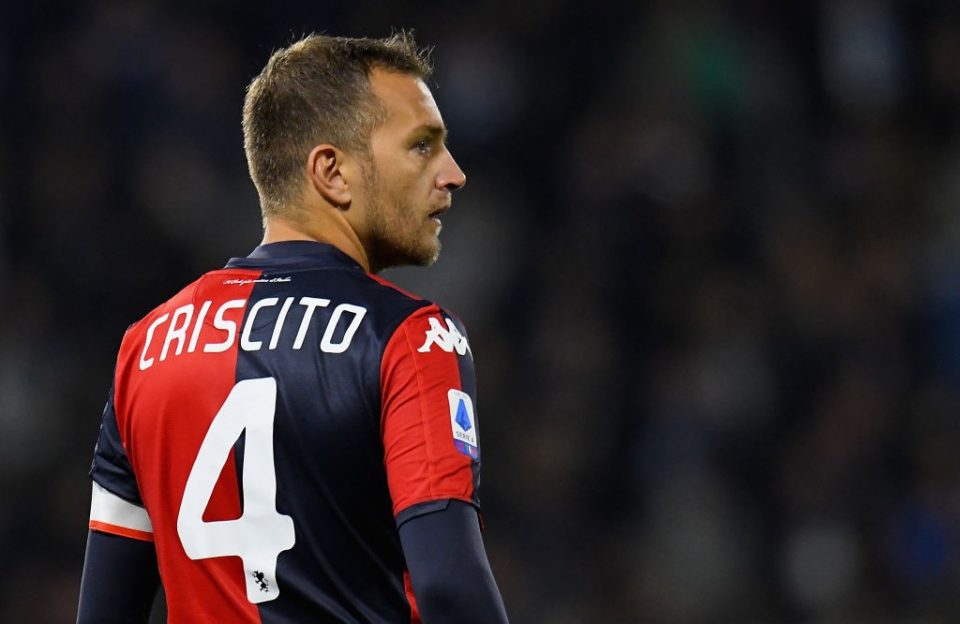 Genoa defender Domenico Criscito believes that Inter have their destiny in their own hands as they challenge for a first Scudetto since 2010.

The Nerazzurri went into the weekend’s round of fixtures six points clear at the top of the Serie A table and sealed a comprehensive 3-0 victory over Criscito’s Genoa last weekend.

Speaking to Italian radio station Radio Deejay earlier today, Criscito claimed that the title was in Inter’s hands and the only threat would come from his former club, Juventus.

“Juventus are the only team capable of challenging Inter in the long-run,” the 34-year-old Italian international declared as he offered his view on the title race.

“I am of the opinion that Inter can only lose the title now and they are the firm favourites to be champions.”

Inter are currently unbeaten in nine Serie A matches and have the opportunity to extend that further when they welcome Atalanta to the Stadio Giuseppe Meazza on Monday evening.

Criscito, meanwhile, is into his third spell with Genoa after rejoining the club from Russian champions Zenit Saint Petersburg in 2018.