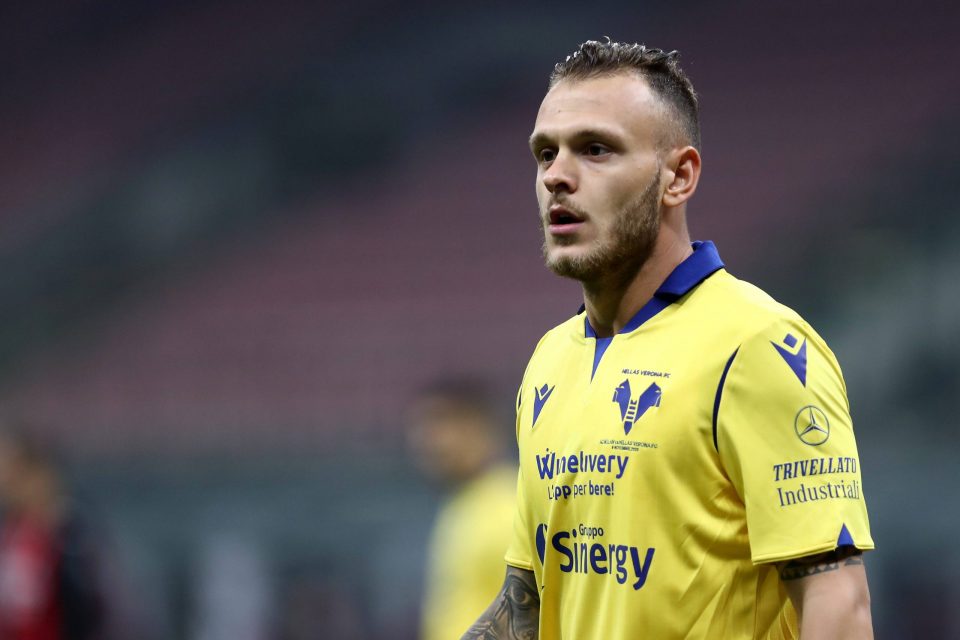 Inter risk losing wing-back Federico Dimarco to Hellas Verona for just €6.5 million in the summer, after sending him out on loan this season.

The 23-year-old has caught the eye at the Stadio Marc’Antonio Bentegodi this season as Verona continue to defy expectations in Serie A.

As reported in yesterday’s newspaper edition of La Gazzetta dello Sport, Verona took Dimarco on loan with an option to buy set at €6.5m and the Gialloblu are expected to trigger that option.

With Dimarco keen on returning to Inter next season though, a potential option could see Verona purchase him before selling him back to the Nerazzurri, the Gazzetta continues.

There is an additional clause in their agreement for Dimarco entitling Inter to 50% of any future resale, although the Serie A league leaders are hoping to bring him back to the Stadio Giuseppe Meazza as a replacement for Ashley Young.

Dimarco has made 22 league appearances for Verona this season, scoring three goals.