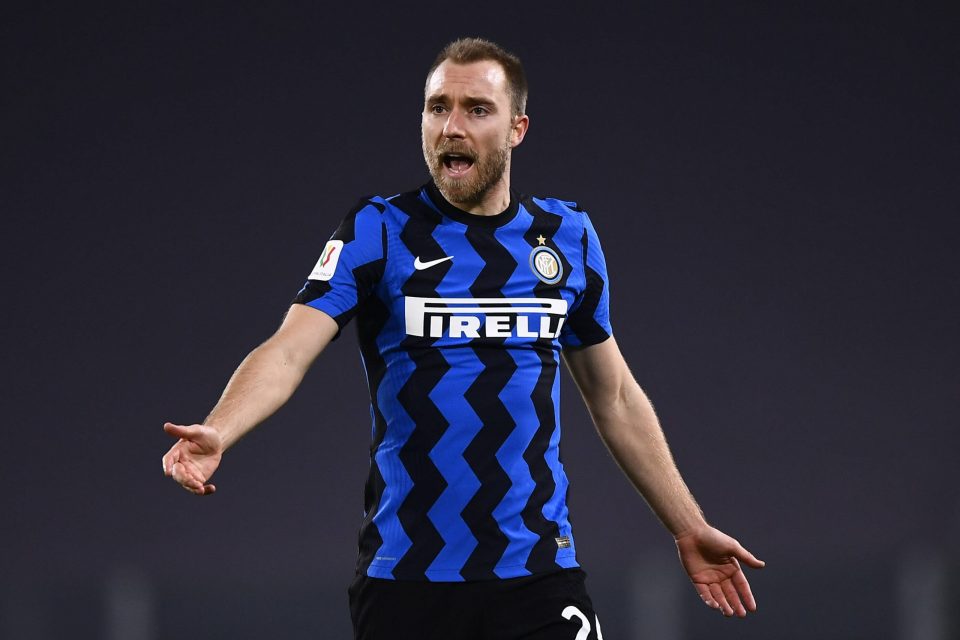 Antonio Conte has no justification for picking Arturo Vidal ahead of Christian Eriksen anymore, at least according to a leading Italian journalist.

Vidal made his first start for Inter in more than a month on Monday when he was named in Conte’s XI to face Atalanta, but the Chilean produced yet another disappointing performance.

Conte replaced him with Eriksen shortly after half-time and the Dane proved far more helpful to the Nerazzurri’s cause, helping them see out a crucial 1-0 win.

“The truth is that Eriksen is playing like Vidal even better than Vidal is at the moment.

“Eriksen made a great contribution in defence when he came on, I don’t think he’ll be out of the team anymore.”

Inter pulled six points clear of AC Milan at the top of Serie A courtesy of their hard-fought victory over Gian Piero Gasperini’s men.

Condo made no attempt to play down the importance of Monday’s win against Atalanta for Inter, despite there still being 12 games left.

“The league now has a very clear favourite,” he argued.

“Inter have earned themselves the chance to slip up at some point.”

Inter’s next match will see them visit struggling Torino on Sunday, with reports in today’s papers linking the Nerazzurri with a move for their star striker Andrea Belotti.