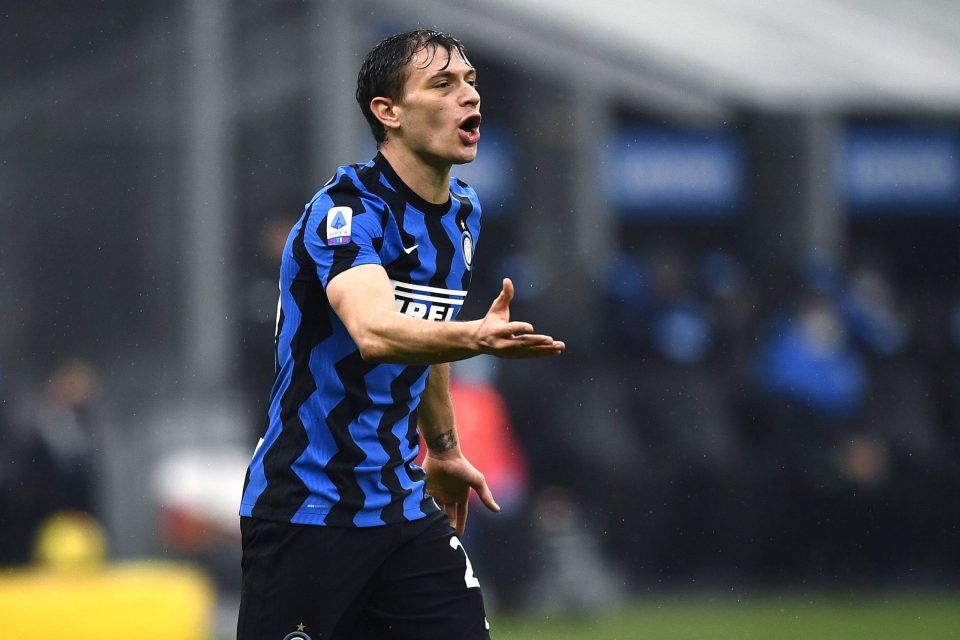 Nicolo Barella is currently Serie A’s best midfielder and has moved to the next level under Antonio Conte, according to former AC Milan midfielder Antonio Nocerino.

Barella is into his second season with Inter and has been one of the Nerazzurri’s best-performing players throughout this season.

The 24-year-old has made 36 appearances across all competitions this season, in which he has scored three goals and provided 10 assists for his teammates.

“I like Barella a lot and I hope he can score a few more goals,” Nocerino remarked in an interview with Italian journalist Nicolo Schira, as quoted by FCInterNews.it.

“He is the strongest midfielder in Serie A.

“Under Conte he has made a crazy step forward in terms of quality and intensity.”

“I would have liked to have been coached by Conte, for what he gives and transmits to the players,” he revealed.

“Antonio is extraordinary and gets into your head, making you go beyond all limits.”

In conclusion the former Italian national team player further sang his praises and also labelled Inter as the favourites to win the Serie A title this season.

“With Conte, a lot of Inter players have improved and they have become the favourites for the Scudetto,” Nocerino added.

Inter are six points clear at the top of Serie A ahead of Sunday’s visit to play Torino.