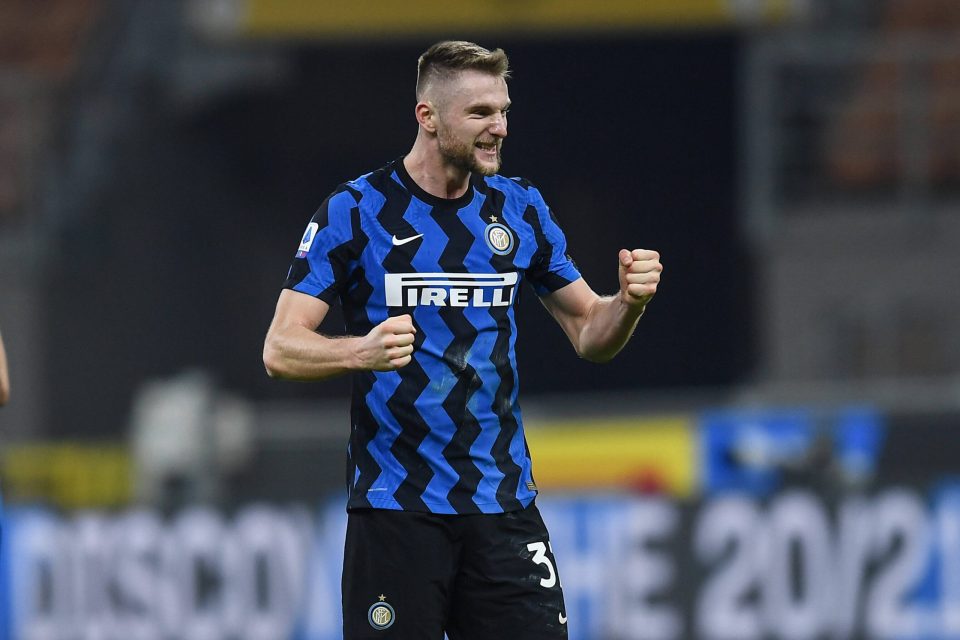 Inter have taken yet another opportunity to bow down at the feet of their superstar centre-back Milan Skriniar.

The Slovak produced a match-winning display against Atalanta on Monday, keeping Duvan Zapata under wraps at one end before scoring the vital goal at the other shortly after half-time.

Inter spotted a tweet from a Serie A fan account on Thursday which said Skriniar was a big factor behind the Nerazzurri’s great form this season.

They responded with one simple word: “Unit.”