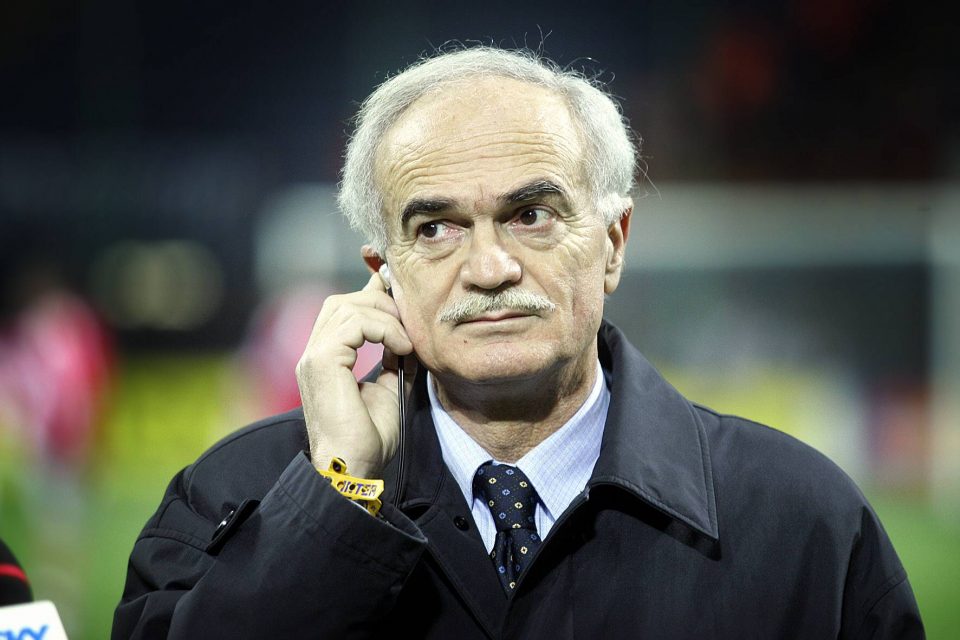 Inter’s players would be fools to get carried away with their current lead in the Serie A title race, at least if you believe Nerazzurri legend Sandro Mazzola.

Antonio Conte’s side will visit Torino on Sunday with the aim of consolidating their six-point lead over AC Milan at the top of the table.

But with 12 games still to play nothing can be taken for granted, as Mazzola reminded his former club today.

“Inter have not won the Scudetto yet,” Mazzola told Rai Radio 1 on their daytime show Un Giorno da Pecora.

“There are two or three teams that can triumph together with the Nerazzurri.

“If I say that Inter can win I might bring them trouble.

“Between Juventus and AC Milan, I prefer the Rossoneri.”

Mazzola also handed Inter a warning ahead of this weekend’s fixture at the Stadio Olimpico Grande Torino, where Conte will be serving a one-game touchline ban.

“Torino are not in good form, but in the decisive moments they fight tooth and nail,” he added.

Inter’s legendary former striker also commented on Juventus’ surprise exit from the UEFA Champions League at the hands of FC Porto on Tuesday.

“I’m not surprised and I admit I’m not exactly that upset either, although I didn’t celebrate,” he revealed.

Juventus are 10 points behind Conte’s side in the Serie A standings and were due to play their game in hand, at home to Napoli, next Wednesday.

However, following a request submitted from both clubs, the match will now take place on 7 April after the international break.