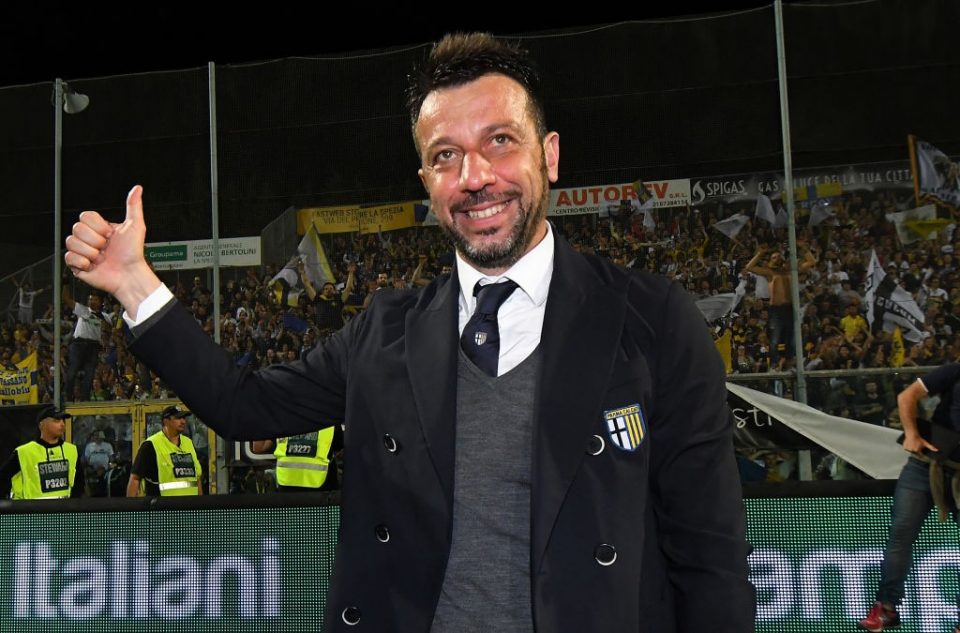 Parma coach Roberto D’Aversa has cursed his team’s poor luck after conceding a last-gasp equaliser in a 3-3 draw against Fiorentina last time out, and felt his side didn’t deserve to lose to Inter.

The struggling Gigliati took on Inter in Serie A at the Stadio Ennio Tardini on 4 March and held their own against the league leaders, succumbing to a 2-1 defeat courtesy of a brace from Alexis Sanchez.

Speaking in his pre-match press conference ahead of Parma’s match against Roma tomorrow, the coach insisted that he had seen improvements from his team and that they had grounds to be unhappy with the dropped points against both Fiorentina and Inter.

“I saw the team work well this week, despite the match in Florence and despite what happened [2-2 draws] against Spezia and Udinese,” D’Aversa claimed, as reported by FCInterNews.it.

“Even with Inter we can complain about the result. Having said that, we missed an opportunity, but there must be an awareness that we can still reach our target. This week from Roma to Sassuolo, we must make sure things like that don’t happen.”

Parma currently sit in 19th place in the Serie A table and find themselves six points adrift of safety in the relegation zone with 12 games remaining, as they welcome Roma tomorrow.