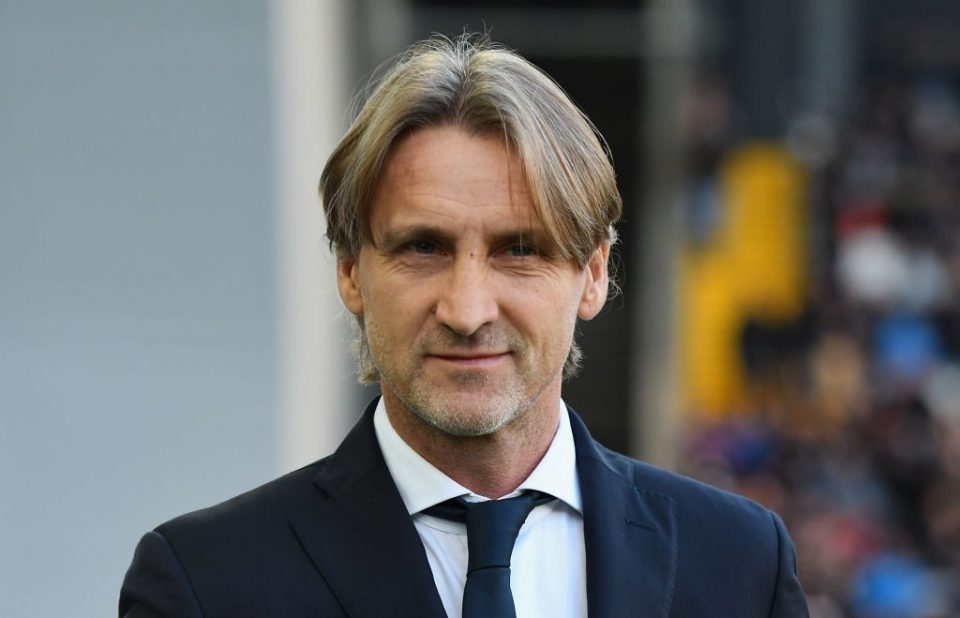 Torino coach Davide Nicola admitted that he is expected a difficult match against league leaders Inter tomorrow, but urged his side to approach the game with conviction.

The relegation-threatened Granata welcome Inter to the Stadio Olimpico Grande Torino looking to become the first team to stop the Nerazzurri from recording victory in seven matches.

“Inter are not there by chance and it is tough for everyone. We must be hungry to compete against the top team. We must believe in ourselves and to try to get the most out of it,” Nicola declared in his pre-match press conference, as reported by FCInterNews.it.

“We need to play as a team, they are a strong squad with a coach that I respect. It is difficult for Inter to drop points but we want it and need it. They do well in all phases and have a great mentality, but we have prepared ourselves to try to cause problems.

“There is nothing to lose but it is an opportunity. There is no difference between Inter, Real Madrid or Sassuolo. I think only of tomorrow and being plucky, with the desire to make the most of it.”

Nicola revealed striker and captain Andrea Belotti had only just recovered from COVID-19 and was a doubt, and assessed Antonio Sanabria and Alessandro Buongiorno.

“Belotti has only completed one training session but he will return. [Tomas] Rincon is suspended from the Crotone match, but we want to get back to the form we had.

“Sanabria is ready, but no one individual is going to be the hero. Everyone is useful to the squad, whether they play from the first minute to the 60th, or the 60th to the 90th. The results are the sum of everyone’s contribution.

“I see room for improvement in Buongiorno but he has passion and a desire to grow. Like the others who had COVID-19, it is difficult to come back to full fitness, it can only be found with daily work. I can count on him though.

“[Simone] Verdi trained well like everyone else and if he is called upon I have great confidence in him. I’m not worried about just one match, but I’m sure the players will want to take advantage of the opportunities.”

Torino will take to the field against Inter sporting black armbands following the passing of former Granata full-back Marino Lombardo, who died on Tuesday.

“Marino Lombardo will be missed and we will mourn him, he built a lot of the history of Toro. When he won the Coppa Italia, I was not born, while I was only three when he won the Scudetto. History must give us these moments and lessons to learn from,” Nicola concluded.

Inter have won all three of their most recent Serie A visits to Torino, with striker Lautaro Martinez netting in each of the encounters. The Nerazzurri are unbeaten in the league in 10 matches, stretching back to January.