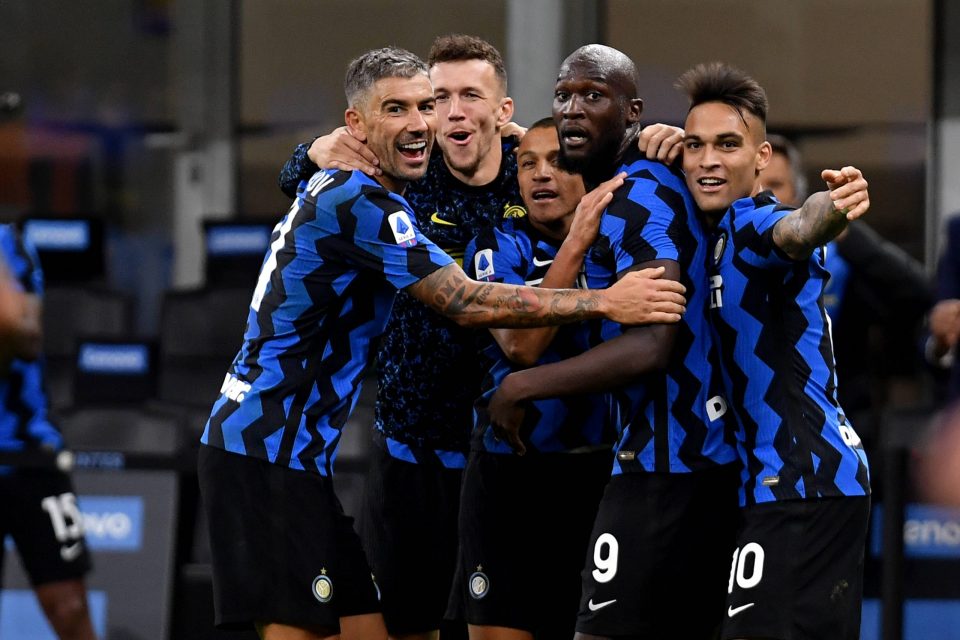 Inter have the second largest gap over second place in all of Europe’s top five leagues this season, an Italian media report has highlighted today.

The Nerazzurri are now nine points clear at the top of Serie A after their 2-1 win over Torino and AC Milan’s loss to Napoli yesterday.

Inter have just 11 games between them and a first league title since 2010, after second-half goals from Romelu Lukaku and Lautaro Martinez secured victory for Antonio Conte’s side in Turin.

Elsewhere in Europe, Atletico Madrid only have a six-point advantage over second-placed Real Madrid in La Liga, although Barcelona could close to within four points tonight.

Bayern Munich, meanwhile, have a four-point gap over RB Leipzig in the Bundesliga, while Ligue 1 leaders Lille are three points clear of Paris Saint-Germain.