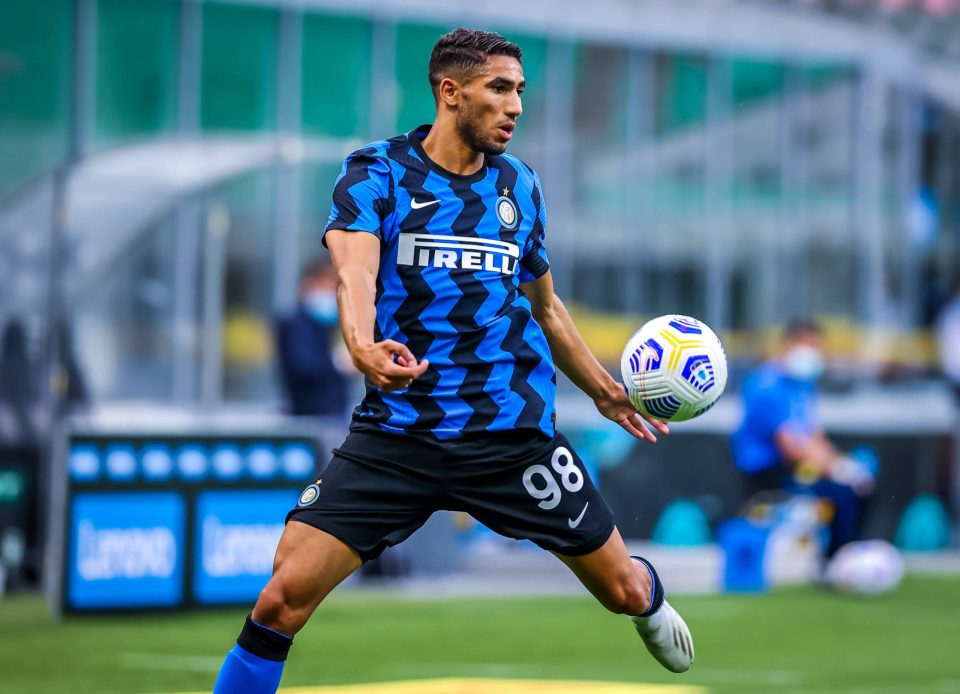 The Moroccan international has impressed everyone with his performances during his first season with the Nerazzurri, scoring six goals and providing six assists in all competitions.

Inter fans are delighted the club spent €40 million to sign Hakimi from Real Madrid and it seems the 22-year-old is as well.

“Conte’s style of play suits Achraf and I think he will end up improving a lot because of this experience with the Nerazzurri.”

Camano was then asked if Hakimi could possibly have a future at Napoli and he seemed open to the idea, not least for personal reasons.

“Why not?” he responded.

“Napoli are the team of my heart, the greatest player of all time (Diego Maradona) played for them.

“So we aren’t excluding anything for the future.”

Hakimi is being linked with summer moves to Premier League sides Arsenal and Chelsea, but a report in Italy last week said Inter would reject all offers.

He is also at the centre of a tug of war between Inter and the Moroccan national team, with the Nerazzurri reportedly hoping he will reject his call-up for next week’s Africa Cup of Nations qualifiers.

Morocco boss Valid Halilhodzic apparently called Hakimi earlier this week to persuade him to join the side for the fixtures against Mauritania and Burundi.