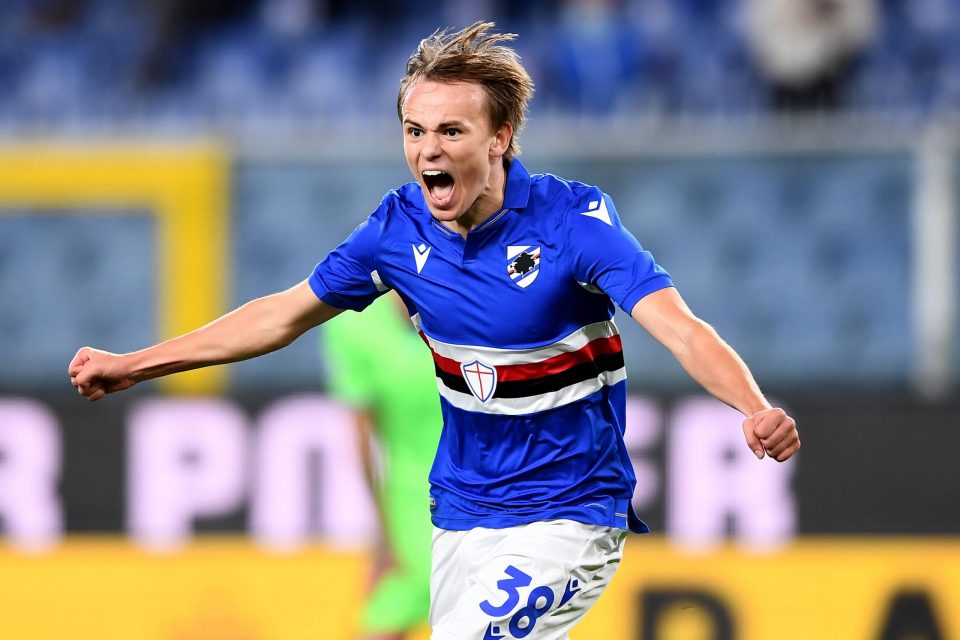 Inter face competition from the Premier League for the signature of Sampdoria midfielder Mikkel Damsgaard, according to an Italian media report today.

As per TuttoMercatoWeb, Crystal Palace have set their sights on signing the Denmark international, who has massively impressed during his first season in Serie A following a move from Danish Superliga side FC Nordsjaelland.

Inter have been linked with a move for Damsgaard for a few months now as have various other clubs and it seems like they now face added competition to bring him to the club from Crystal Palace.

Damsgaard, who is under contract with Sampdoria through to the end of the 2023-24 season, has made 27 appearances across all competitions this season, in which he has scored two goals and provided four assists.

One of the 20-year-old’s assists came during the Blucerchiati’s 2-1 win over Inter on January 6, when he crossed for former Nerazzurri forward Keita Balde after a marauding run down the wing.