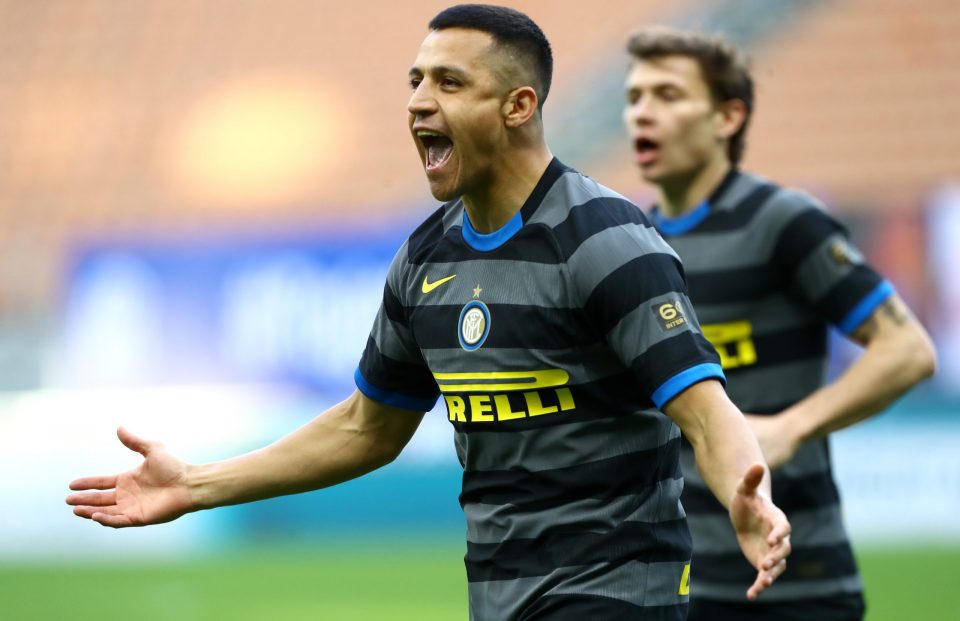 Alexis Sanchez is providing a decisive contribution to Inter this season despite limited game time, according to the Nerazzurri’s former midfielder Alvaro Recoba.

Sanchez has been very useful to Antonio Conte’s side lately, having popped up with multiple goals and delivering the assist for Lautaro Martinez’s game winner in Sunday’s 2-1 win away to Torino.

He has scored five goals and provided seven assists in total this season, with one report in Italy praising his attitude in recent weeks.

“Alexis is a classy, ​​elite player, he knows how to adapt to any position and make himself useful,” Recoba remarked in an interview with Chilean broadcaster TNT Sports Chile.

“His quality allows him to play across the attack, he knows how to adapt to the needs of the team.”

Recoba then shared his thoughts on the idea that the former Barcelona, Arsenal and Manchester United player plays little.

“It is clear and normal that he would like to play more,” El Chino argued.

“But if you look, he has been deployed even more than many others and he has often been decisive with goals, but above all with assists and key passes.

“In my opinion, the impact of Alexis on the Inter world is very positive.”

In conclusion the former Uruguayan national team winger spoke on the criticism that Sanchez has been subjected to this term.

“The critics are there, but you cannot do anything about it.”

Sanchez, who joined Inter permanently from Manchester United last summer, has made 28 appearances across all competitions this season.

In addition to his assist at Torino, he also scored the crucial goals in a 2-1 win at Parma two weeks ago.