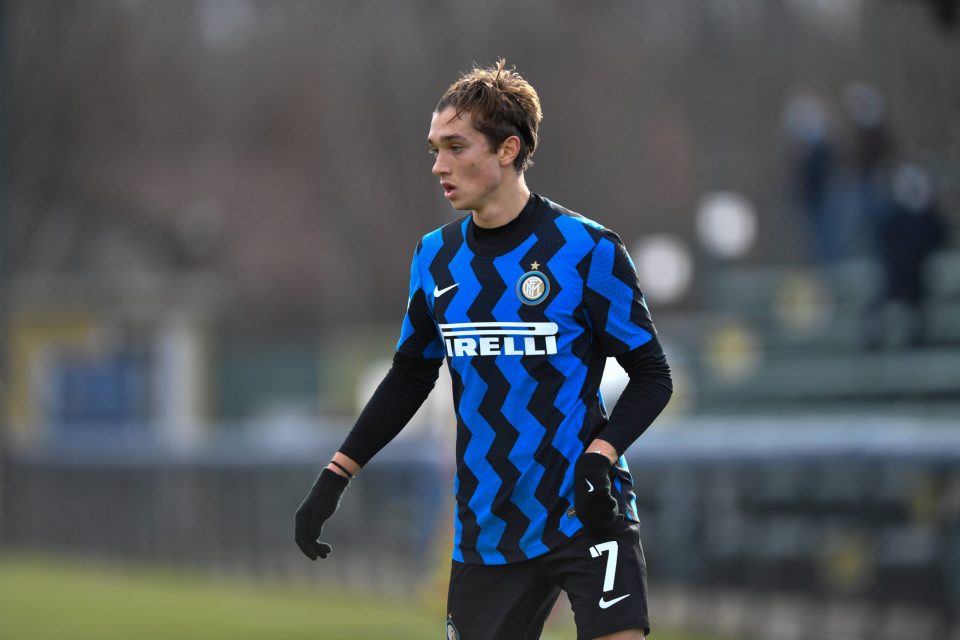 Serie B side Reggina wish to sign Inter’s Primavera midfielder David Wieser on loan next season, according to a report in the Italian media.

As per FCInterNews.it, the 19-year-old is one of a number of names that Marco Baroni’s team are keeping tabs on and he could join them on loan for the duration of next season.

The loaning of Wieser – who started for Armando Madonna’s side in today’s TIM Cup quarter-final against Lazio – may not be the only business conducted between Inter and Reggina either in the upcoming summer transfer window.

Inter’s Honduran international Rigoberto Rivas is currently out on loan at the Stadio Oreste Granillo and as per this report, Reggina appear inclined to sign him on a permanent basis from Inter, with whom he is under contract until next summer.

During his loan stint in Reggio Calabria, 22-year-old Rivas has made 20 appearances across all competitions to date, in which he has scored three goals and provided two assists for his teammates.

Wieser, meanwhile, has provided three assists for Inter’s Primavera side this season.