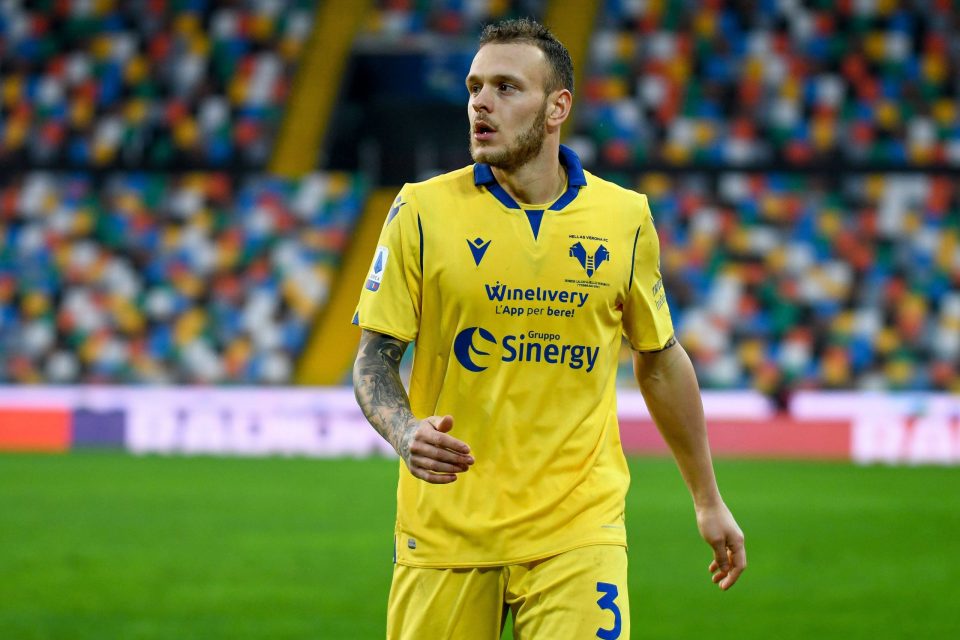 Federico Dimarco is one of three left-backs on Napoli’s radar as they eye improvement in that area of their team in the upcoming summer transfer window, according to an Italian media report today.

As per Gazzetta dello Sport’s print edition, Napoli have a keen interest in the Italian defender, who is currently out on loan at Hellas Verona from Inter.

In addition to Dimarco, who Hellas Verona have an option to sign on a permanent basis, Napoli sporting director Cristiano Giuntoli is taking a look at Barcelona’s Junior Firpo and FC Groningen’s Gabriel Gudmundsson.

Dimarco has been linked with making a return to Inter and it has been suggested in another media report that he could be an ideal replacement for Ashley Young.

The veteran Englishman is out of contract at the end of the season and will seemingly return back to his native England for the final years of his career.