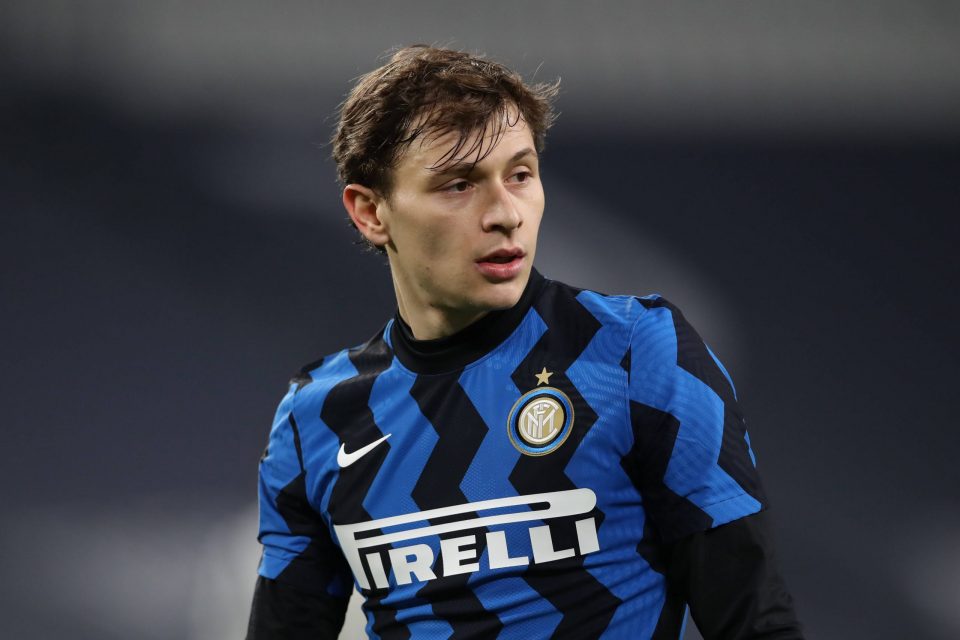 Nicolo Barella is a ‘cornerstone’ of Antonio Conte’s Inter and must have his contract extended in the summer, according to an Italian media report today.

As per Corriere dello Sport’s print edition, Barella is one of only three players to have played in each of Inter’s 37 games this season, boasting more game time than all other outfield players with 2989 minutes.

The midfielder’s performances have not gone unnoticed with potential suitors growing, and in addition to being pivotal for both Inter now and in the future, he is also pivotal to Conte.

Barella deserves to be rewarded with a new improved deal at the end of this season, the Rome-based paper suggested, and that is exactly what another report yesterday said Inter would do.

The 24-year-old has provided 10 assists for the Nerazzurri this season, two more than he managed in all of the 2019-20 campaign.

The report argued that if there was an area where Barella needed to improve it was his goals, having scored just three times.

Napoli full-back Giovanni Di Lorenzo is the only player who has completed more minutes in Serie A than Barella this season, with 3271 in total, but Barella has also started six games for the Italian national team.

He has improved his discipline at Inter in recent weeks, having played for nine games now with the threat of a suspension hanging over his head.