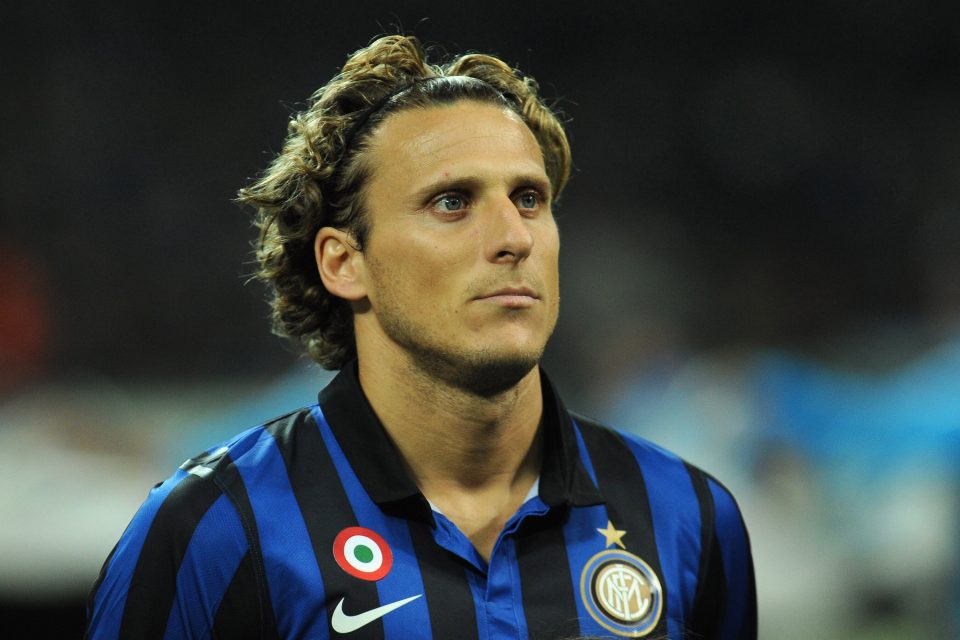 Diego Forlan has thanked Inter for a ‘spectacular’ six-month stint at the club and backed the Nerazzurri to dethrone Juventus in Serie A this season.

The legendary Uruguayan forward joined the club in 2011 but was limited to just 20 appearances across all competitions, in what proved to be his only season with the club due to a series of injuries.

Forlan, who scored two goals and provided three assists for Inter, had signed a two year deal but terminated his contract and joined Brazilian club Internacional in the summer of 2012.

“My experience at Inter was spectacular,” he explained in an interview with Italian news outlet TuttoMercatoWeb.

“I have wonderful memories of the Nerazzurri, the city of Milan and Serie A in general.

“Unfortunately, the many injuries did not allow me to play continuously as I did for example at Manchester United, at Villarreal or Atletico Madrid.

“The taste that remains in my mouth is still a bit bitter today.

“The affection that the Italian fans still show me around the world makes me really proud.”

Forlan, who is currently the coach of Uruguayan second division side Atenas de San Carlos, then went on to sing the praises of Antonio Conte and shared his optimism regarding Inter’s Scudetto chances.

“Conte is doing a great job, just as he did in the past at Juventus,” Forlan added.

“You can see his mark on the team.

“The Nerazzurri have been working together for a long time and now they have managed to gain a very important advantage in the Serie A standings.

“This year Inter have a really great chance of ending Juventus’s monopoly and finally pinching the Scudetto from them.

“Conte, after all, knows very well how to win things.”

Inter are 10 points clear of Juventus with 11 games to spare, but the postponement of tonight’s fixture at home to Sassuolo gives the Bianconeri a chance to close the gap slightly tomorrow.