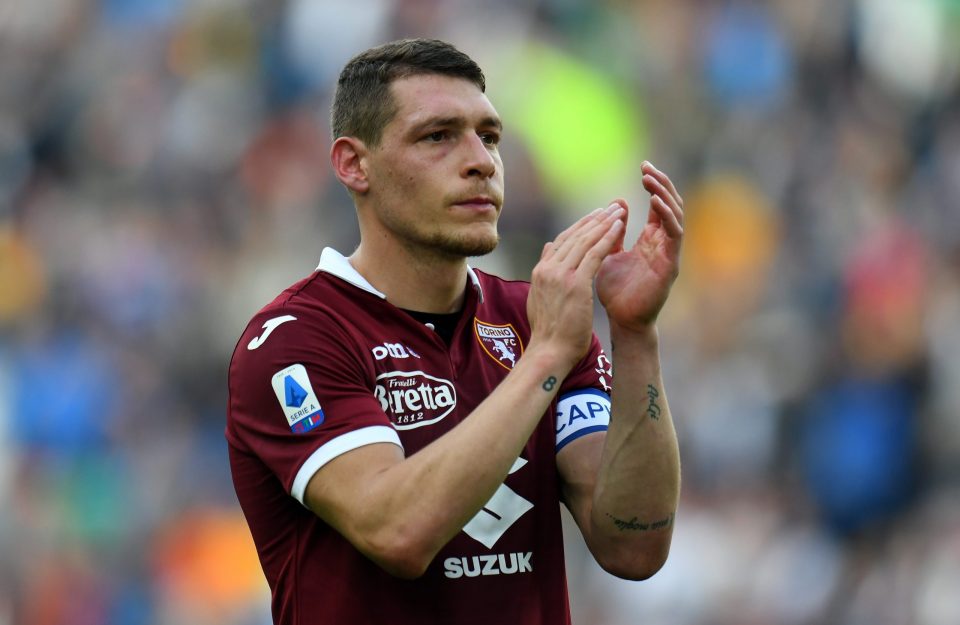 With Andrea Belotti yet to renew his contract at Torino, Inter hope to take advantage and move for the striker this summer, but face competition from elsewhere in Serie A.

The Italian international currently has a year remaining on his existing deal with the Granata and President Urbano Cairo has been working to find an agreement on an extension with the striker.

However, as reported by FCInterNews.it, Belotti has shown little inclination to renew his contract with Torino, leading to Cairo considering cashing in at the end of the season to avoid losing him on a free transfer in 2022.

Inter have been monitoring Belotti’s situation closely and would view him as an ideal back-up for Romelu Lukaku and Lautaro Martinez, whilst the 27-year-old was handed his Italy international debut by Nerazzurri coach Antonio Conte in 2016.

Despite this, Inter face competition from AC Milan, with Belotti a boyhood Rossoneri fan, although it is believed that a renewal for striker Zlatan Ibrahimovic next season would leave little space for the Torino man.

Elsewhere, Roma have long been admirers and would be keen to land Belotti should Edin Dzeko depart and they fail to find an agreement for Borja Mayoral, currently on loan from Real Madrid.