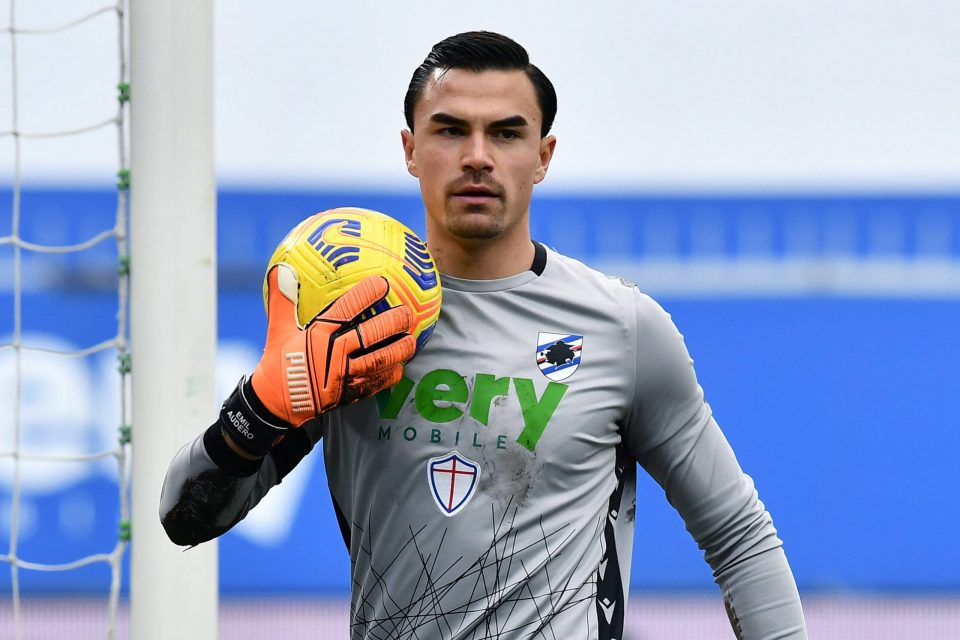 Inter have identified a new target in their quest to replace Samir Handanovic in goal, according to a report in the Italian media.

FcInterNews.it have revealed the Nerazzurri are studying a move for Sampdoria goalkeeper Emil Audero, formerly of Juventus.

Inter have already been in contact with the 24-year-old’s entourage and could use their excellent relations with Sampdoria to facilitate a deal.

The Blucerchiati value Audero, who recently signed a contract extension through to 2026, at around €15-18 million, although Inter could lower that asking price by including some of their young players in the deal.

Inter’s preferred choice to replace Handanovic for next season remains Juan Musso at Udinese, but the Argentine would cost around €30 million and this could scupper any move for the 26-year-old.

Cagliari keeper Alessio Cragno is also on the Nerazzurri’s radar, having impressed back in December when Antonio Conte’s side won 3-1 at the Sardegna Arena.

Audero has made 104 appearances for Sampdoria since joining the club in 2018 and is to be considered the new entry in Inter’s hunt for a new goalkeeper.