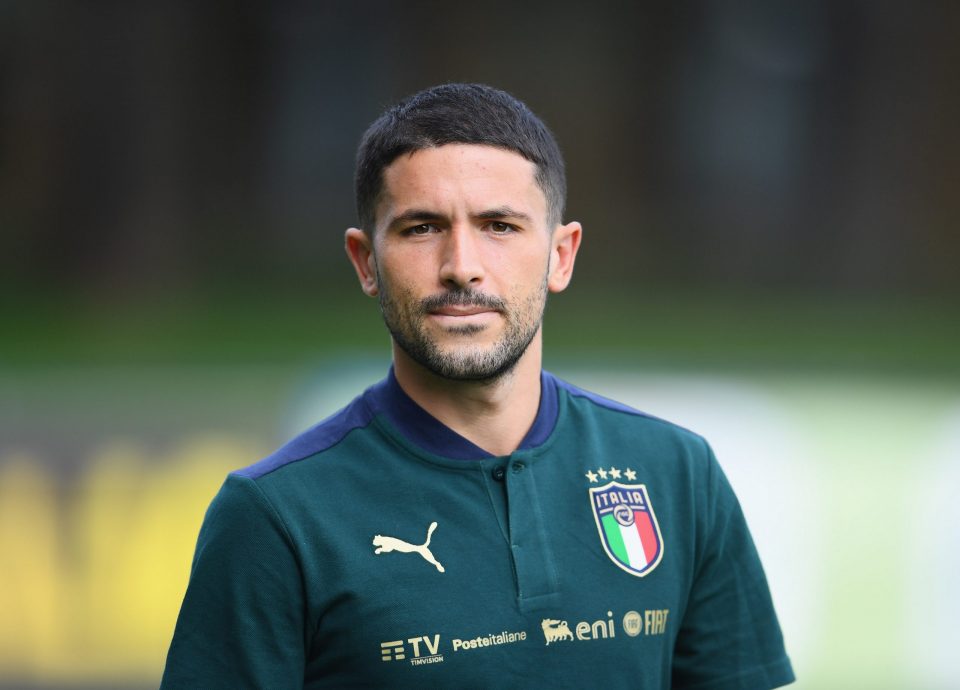 Stefano Sensi could be in line for some much-needed game time during Italy’s FIFA World Cup qualifiers this week, according to a report in the Italian media.

Gazzetta dello Sport’s print edition said it could not be excluded that Roberto Mancini would start the Inter midfielder in one or more of their upcoming fixtures against Northern Ireland, Bulgaria and Lithuania.

Italy are short of numbers in midfield with both Roma’s Bryan Cristante and Chelsea’s Jorginho unavailable due to injury problems.

Sensi, Nicolo Barella and Alessandro Bastoni were all given clearance by Milan’s local health authority this afternoon to join Mancini’s squad at their training base in Parma.

The 25-year-old has always impressed for the Azzurri in previous performances, the Milan-based paper argued, and could use the matches as launchpad to get back into Antonio Conte’s Inter side during their Serie A title run-in.

Mancini has given Sensi six caps for the Italian national team thus far, in which time he has scored twice.

Sensi has made just 13 appearances in all competitions for Inter this season, with his only start of the campaign coming in a 5-2 win at Benevento way back in September.