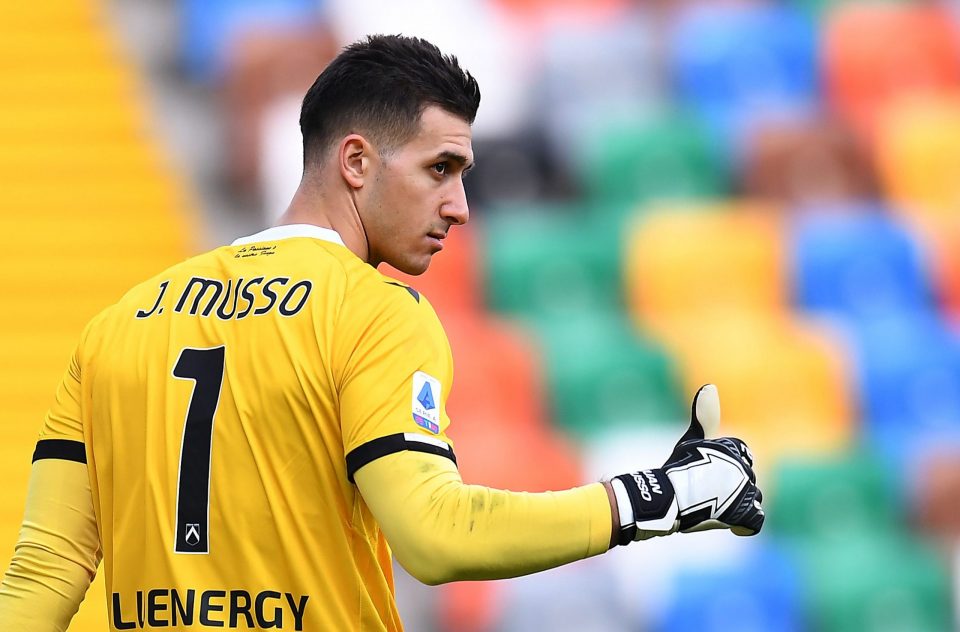 Inter risk losing out to Roma in the race to sign Udinese goalkeeper Juan Musso, according to a report in the Italian media today.

Corriere dello Sport’s print edition said the Giallorossi had already sounded out the 26-year-old’s entourage about a move in the summer, having identified Musso as an ideal replacement to Pau Lopez.

Inter are also keen on signing the Argentine shot-stopper but they cannot guarantee Musso that he will be first choice immediately, because they are planning to bring him in initially as a ‘luxury back-up’ behind Samir Handanovic.

The Nerazzurri are therefore at a disadvantage in terms of convincing the player to join, putting Roma in pole position as things stand.

Roma are hoping to lower Udinese’s lofty asking price for Musso – reportedly €30 million – by offering Carles Perez as a makeweight in the deal, a player who could be appealing to the Bianconeri’s technical director Pierpaolo Marino.

Inter also have Musso as their number one transfer target in goal, but the Nerazzurri were also linked with a move for Sampdoria’s Emil Audero last night.

Musso insisted in an interview on Monday that he hadn’t had contact with any clubs over a summer move.