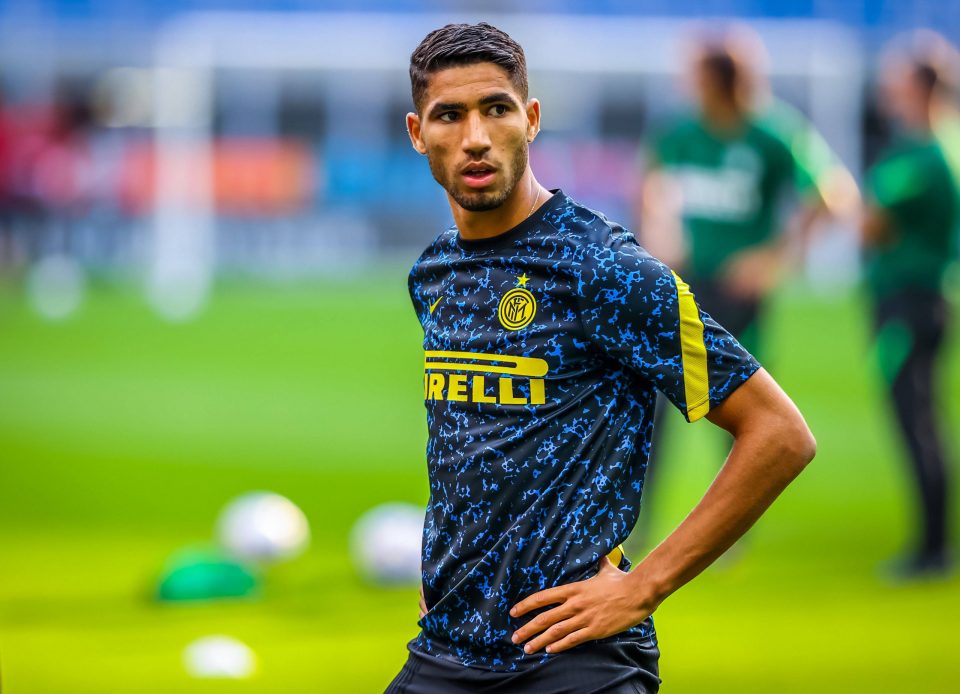 Theo Hernandez has warned Inter that AC Milan will do everything to try and catch the Nerazzurri in the Serie A title race.

Antonio Conte’s side are six points clear of their city rivals at the top of the table with 11 matches to spare, although Inter have a game in hand after Saturday’s fixture against Sassuolo was postponed.

Inter have won eight games in a row and seem to be in unstoppable form, but Theo is not prepared to throw in the towel just yet.

“We’ll try everything, there’s still a long way to go,” the 23-year-old warned the Nerazzurri in an interview with Spanish newspaper AS on Tuesday.

“Inter have got away from us a bit, but we’ll fight until the end.

“They could lose points or draw some games, league seasons change…”

Theo also spoke about Inter wing-back Achraf Hakimi and why the pair were both forced to leave Real Madrid in search of greater game time.

“We’re enemies on the pitch but very good friends off it,” he assured.

“Hakimi is an incredible player, I know him well and we have similar characteristics, we’re very attacking players.

“I don’t know why we never had more space at Real Madrid, those are decisions for the club and the coach, but the best thing for both of us was to leave.

“If a player doesn’t play, he can’t demonstrate anything.

“The truth is that at Real Madrid there are lots of great players and lots of players have to leave in order to find minutes and confidence.

“This ensures that with time they can succeed.”

Theo has made 36 appearances for AC Milan in all competitions this season, scoring five goals and providing six assists for the Rossoneri.

Hakimi’s numbers are remarkably similar, with the Moroccan having contributed six goals and six assists to Conte’s men during the 2020-21 campaign.