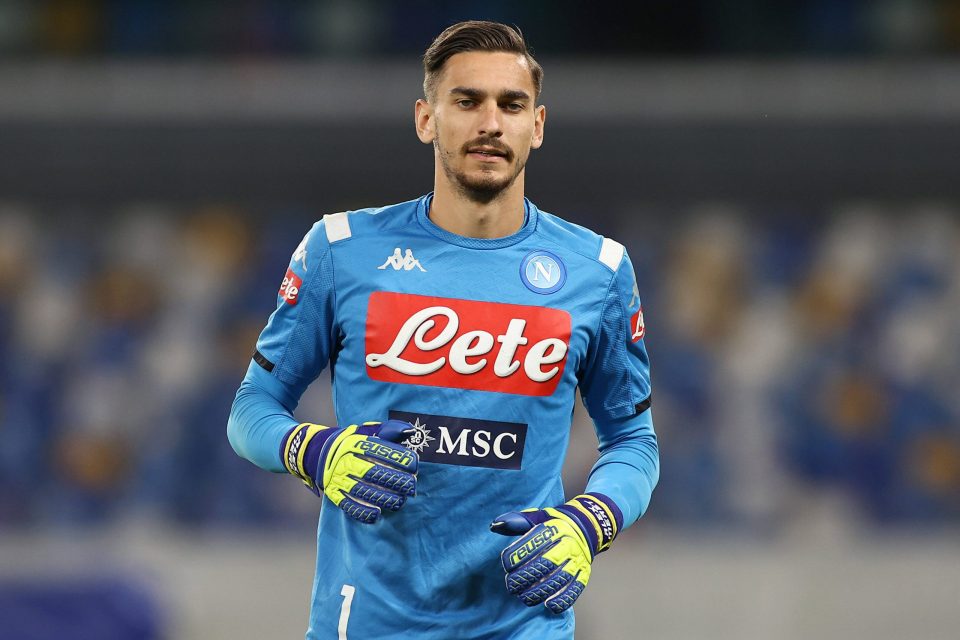 Inter’s long-term replacement for goalkeeper Samir Handanovic could arrive from Napoli, according to a report in the Italian media today.

Gazzetta dello Sport’s print edition said the Nerazzurri were interested in Alex Meret, who has fallen out of favour with the Partenopei in the last two seasons.

Meret joined Napoli for €25 million in 2018 but is behind Davide Ospina in the pecking order and has made only 12 appearances in Serie A this season.

Napoli president Aurelio De Laurentiis wants his new head coach (whoever replaces Gennaro Gattuso) to put their faith in Meret, but the 24-year-old could ask to be sold in the summer.

Inter are known to be seeking a new goalkeeper with Handanovic set to turn 37 in July.

Roma are also thought to be following Meret, who has played 68 times for Napoli across all competitions so far.

Meret is likely to miss out on Italy’s squad for this summer’s European Championships after falling behind Salvatore Sirigu and Alessio Cragno in the Azzurri hierarchy (with AC Milan’s Gianluigi Donnarumma still first choice).