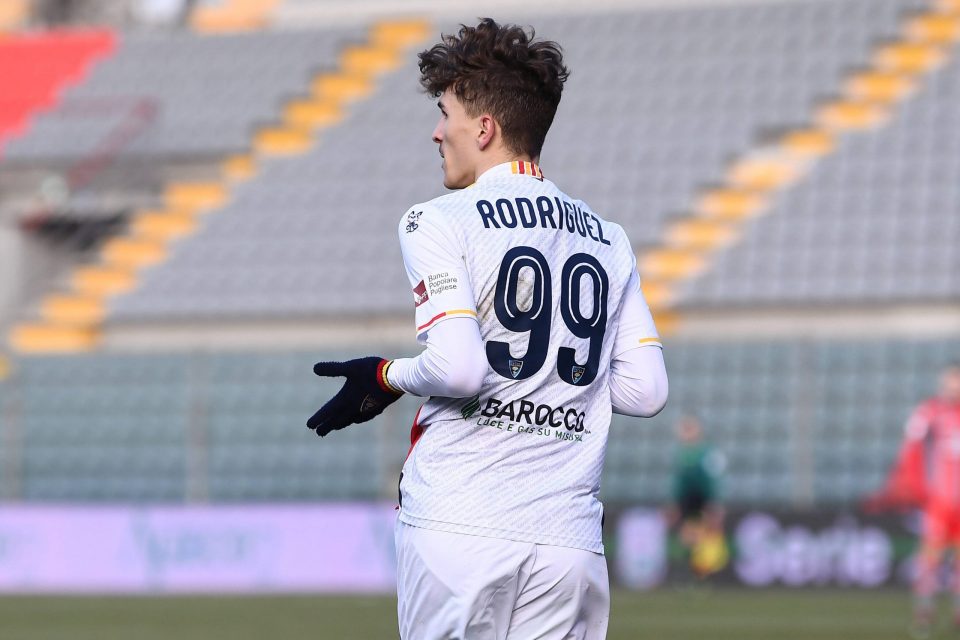 Inter would be signing a striker reminiscent of Pippo Inzaghi if they brought in Pablo Rodriguez from Lecce, according to the Spaniard’s agent.

The Nerazzurri are reportedly monitoring the 19-year-old’s progress in Serie B, having identified Rodriguez as a potentially suitable fourth-choice striker for Antonio Conte.

Inter could face competition from Sampdoria for the former Real Madrid forward, who is managed by Mauro Icardi’s former agent Abian Morano.

“We chose Lecce in part for climatic conditions, but mostly it was because I had good relations with (Lecce sporting director) Pantaleo Corvino who followed him a lot in the UEFA Youth League.

“He saw a true champion.

“Rodriguez is very reminiscent of Inzaghi because he’s mobile and finishes a lot of chances.”

Real Madrid are thought to have a buy-back option in the deal which sold Rodriguez to Lecce last summer, but Morano insisted his client was enjoying life playing for Eugenio Corini’s side.

“At the moment he’s happy at Lecce and he’s focused on the league campaign,” Morano assured.

“He needs to keep going like this, he needs to arrive in Serie A and then we’ll see.

“Real Madrid use the policy of buy-back options with all their youngsters, they never want to lose control of a player who’s come through their academy.”

Rodriguez has scored five goals in 11 appearances for Lecce in Serie B this season, averaging one goal every 94 minutes.

He has also provided two assists for the Salentini, who moved into the automatic promotion spots last weekend after beating Frosinone.