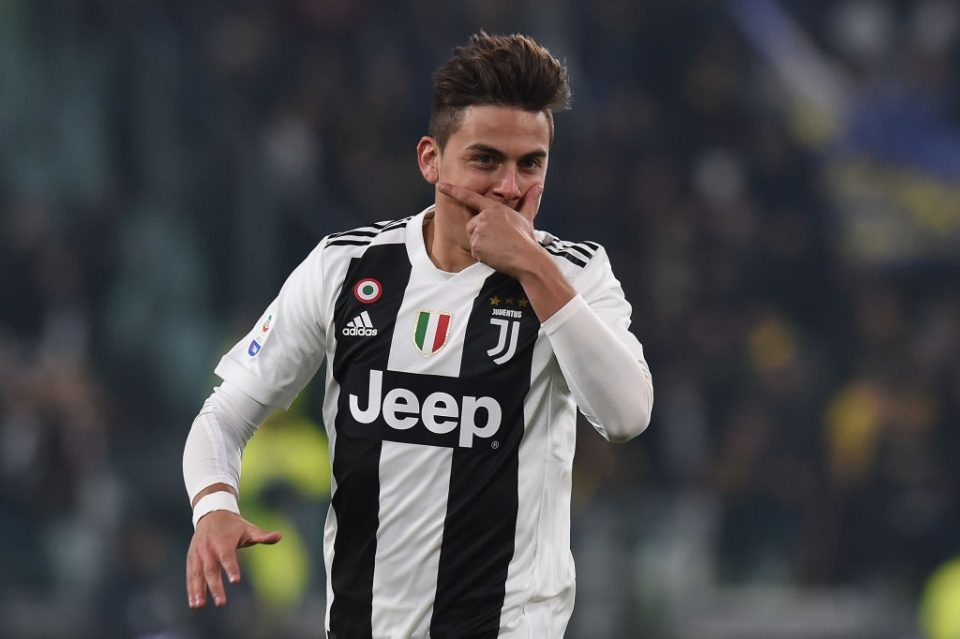 Inter could not find a better reinforcement on the transfer market this summer than Paulo Dybala at Juventus, at least according to a leading Italian journalist today.

The Nerazzurri’s CEO Beppe Marotta reportedly promised La Joya when he left Turin that he would try to arrange a reunion at some point in the future.

Gazzetta dello Sport columnist Alessandro Vocalelli admits a deal to sign the 27-year-old might be ‘impossible’, and yet he thinks Dybala really would complete Antonio Conte’s squad.

“Dybala to Inter would be a great deal – perhaps an impossible one – which would further equip a squad which is difficult to improve,” he wrote.

“Inter have a rock-solid defence, a midfield with great dynamism and talent and an attack which has reached dizzying levels, with Romelu Lukaku and Lautaro Martinez who complete each other to perfection.

“They’re a team in every sense of the word – but if you think about it, what’s the one thing this beautiful Inter side is missing?

“Only an injection of flair, an addition of fantasy, that touch of unpredictability that all of Europe’s best teams have.

“Sometimes opposition teams refuse to come out and play, like Shakhtar Donetsk did in the UEFA Champions League, and at that point Inter’s qualities might not always be enough.

“They need that no. 10 figure that Conte himself tried to find at the start of the season in Christian Eriksen and Arturo Vidal.

“Inter’s attacking output wasn’t enough to counterbalance the gaps which opened up in midfield, but the scenario would change completely if Dybala was there, able to beat his man and adding invention to Lukaku’s strength and Lautaro’s explosiveness.”

Dybala has endured a torrid season under Andrea Pirlo this year, making just 16 appearances in all competitions amid a series of injury issues.

His contract expires at the end of next season and Vocalelli pointed out that when Bianconeri director Pavel Nedved discussed new deals for Pirlo and Cristiano Ronaldo earlier this week, he made no mention of Dybala.

“Even if Juventus have put Dybala on the transfer market, it’s unthinkable that there could be any significant developments,” Vocalelli argued.

“But it’s nice just to talk about football, and then again, if you think about it, there’s no such thing as an impossible deal…”

Dybala has scored three goals and provided two assists for Juventus during the current campaign.