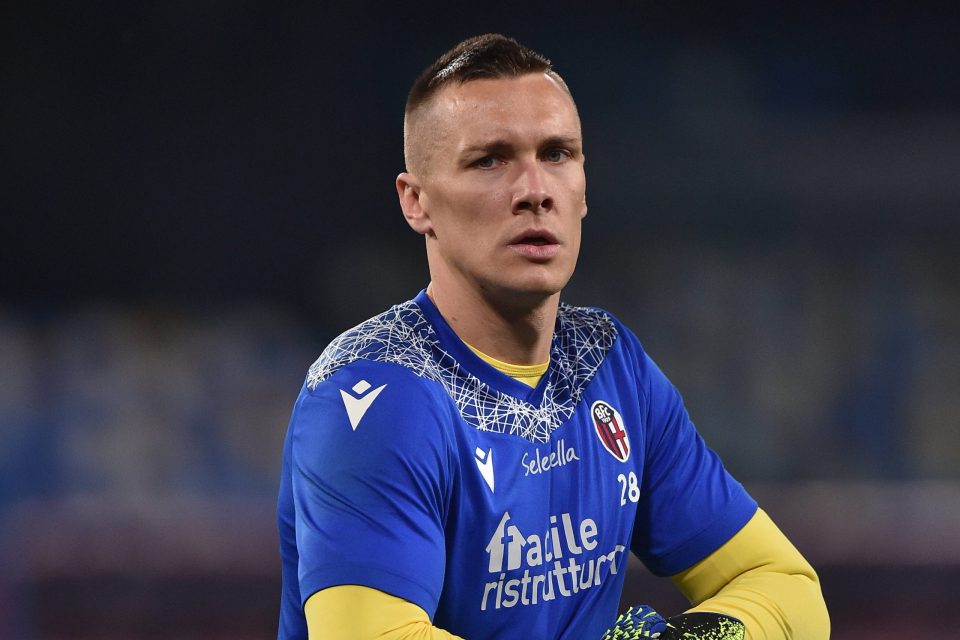 Bologna are likely to be without goalkeeper Lukasz Skorupski when they face Inter next weekend, after he tested positive for COVID-19 whilst on international duty with Poland.

The Nerazzurri take on Bologna at the Stadio Renato Dall’Ara on 3 April as they look to extend their six point gap at the top of Serie A, having themselves seen their last match against Sassuolo postponed due to a coronavirus outbreak amongst Inter players.

As reported by FCInterNews.it, Poland’s Team Manager and Press Secretary Jakub Kwiatkowski took to Twitter today to announce that Skorupski had tested positive and was showing symptoms of the virus, including a fever.

The former Roma goalkeeper first showed the symptoms on Thursday evening and has been isolating since then, with his availability for Bologna next week now in doubt.

Skorupski is the second Polish player to test positive over the international break, with Leeds United midfielder Mateusz Klich being forced to miss matches against Hungary, Andorra and England.

“The Polish national team has undergone another PCR test for the presence of coronavirus. Unfortunately, in the case of Lukasz Skorupski, it showed a positive result. He reported the first symptoms (high temperature) during the night from Thursday to Friday and has been in isolation since then,” Kwiatkowksi tweeted.