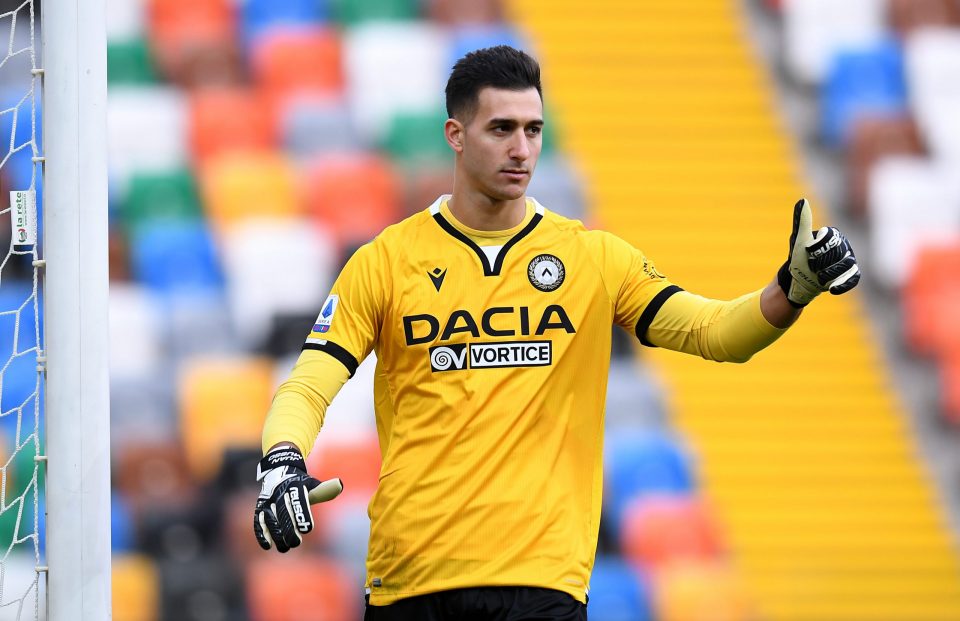 Roma will challenge Inter in the race to sign Udinese goalkeeper Juan Musso and are willing to offer the Zebrette players in exchange as part of a deal.

The Giallorossi are in the market for a goalkeeper after Pau Lopez’s unconvincing form, whilst back-up Antonio Mirante is out of contract at the end of the season.

As reported in today’s newspaper edition of La Gazzetta dello Sport, Roma are determined to move ahead of Inter, AC Milan and Atalanta by offering midfielders Amadou Diawara and Carles Perez to Udinese in exchange.

Bianconeri coach Luca Gotti is believed to be a keen admirer of Perez in particular, potentially paving the way for Roma to strike a deal and bring in Argentina international Musso.

Inter had shown a strong interest in Musso but now risk losing out, with Roma hoping to move clear of the competition.

Since arriving from Racing Club in 2018, Musso has 131 appearances for Udinese in all competitions and was ever-present in Serie A last season.